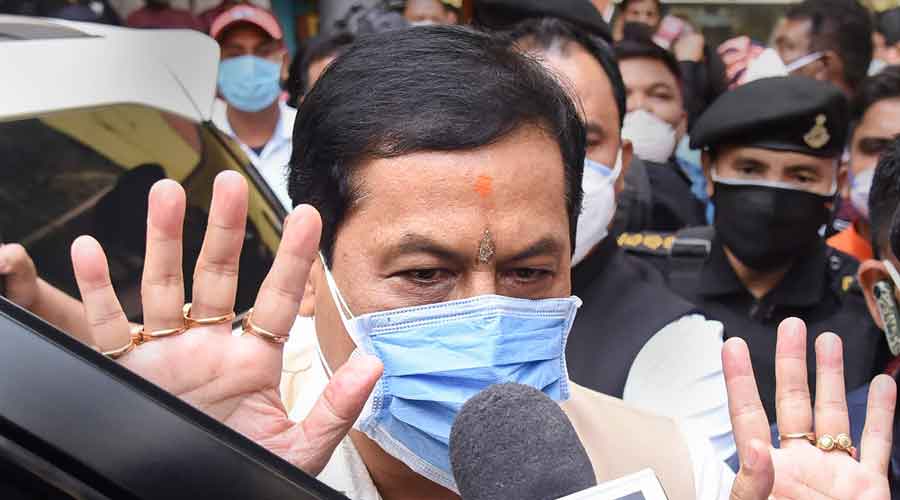 The BJP-led alliance is set to win a second straight term in Assam but with a reduced margin — its shrill polarisation pitch, populist policies and development initiatives trumping the Congress-led Mahajot’s welfare guarantees.

According to the Election Commission, till 11.30pm the ruling alliance of the BJP (59) AGP (9) and the UPPL (6) had won or were ahead in 74 seats, while the Congress-led 10-party Mahajot was ahead in 50. The Congress was ahead in 29 seats. Raijor Dal president Akhil Gogoi, a popular leader who led the anti-citizenship act protests in Assam and is now in jail, was set to win the Sivasagar seat. The majority mark is 64 in the House of 126.

Chief minister Sarbananda Sonowal thanked the people for reposing faith in the ruling alliance, terming the victory as the people’s victory and promising to work more enthusiastically for all sections of the society and expediting the overall development of the state.

Political analyst V. Tripathi attributed the ruling alliance’s victory to its development initiatives, religious polarisation and populist policies and the Congress’s lack of leadership. The polarisation pitch intensified when the Congress and the AIUDF joined hands, he said.

Ruling alliance leaders, especially senior minister Himanta Biswa Sarma, were relentless in their attack on the Congress-AIUDF, saying a vote to the Mahajot would be a vote to AIUDF chief Badruddin Ajmal, accused by the BJP and its allies of promoting the interests of infiltrators.

In the 2016 Assembly polls, the BJP-AGP-BPF alliance had won 86 seats to unseat the then ruling Congress, which could manage only 26 seats. The AIUDF, contesting separately, had won 13 seats.

The Congress, not in the picture till February second week, did well to put up a fight. Congress insiders said an intra-party power tussle till January, the absence of an acceptable and inspiring state leader to lead the campaign and the alliance with the AIUDF had proved costly.

“The leadership had been warned against the alliance and had been asked to name a new state leader. The alliance helped the AIUDF more than us. But we must also praise the role of Chhattisgarh chief minister Bhupesh Baghel and AICC general secretary in-charge of Assam Jitendra Singh of uniting the warring leaders and launching a well-oiled campaign, but it was too little too late,” a Congress leader said.