Congress has alleged a deliberate ploy to 'influence and deceive' voters ahead of the remaining two phases of the polls, scheduled on April 1 and 6 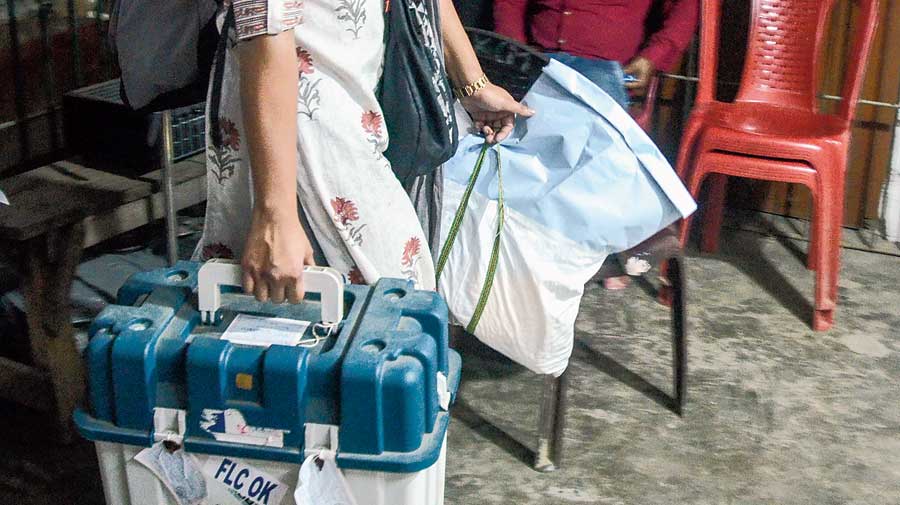 Splashed across the top of the front pages of many of Assam’s leading newspapers on Sunday was a line proclaiming the BJP would win all the Upper Assam seats, that is, all the 47 constituencies that voted in the first phase on Saturday.

To most readers it would have looked and sounded like a news headline — except it wasn’t. It was a BJP advertisement, with the party’s name and lotus symbol printed to its left.

All ads published during the poll process are vetted by a group of designated Election Commission officials. The poll panel had on March 26 prohibited media outlets from telecasting or publishing — between 7am on March 27 and 7.30pm on April 29 — anything that “in any way whatsoever predict(s) the results of the election”.

A furious Congress has alleged a deliberate ploy to “influence and deceive” voters ahead of the remaining two phases of the Assam elections, scheduled on April 1 and 6.

The party has also demanded a fresh poll panel directive to newspapers and TV channels not to publish or broadcast such ads during the polls.

Around 8pm, the Congress filed an FIR with Dispur police station in Guwahati against Nadda, Sonowal and Dass for allegedly violating Section 126A of the Representation of the People Act, 1951, and the model code of conduct, state Congress legal department chairman Niran Borah told this newspaper.

The FIR underlined that violating Section 126A was punishable with up to two years of imprisonment and a fine.

“The EC has a committee to supervise (ad) content. How did they let this deceptive content pass?” state Congress media department head Bobbeeta Sharma told The Telegraph.

“The ad appeared as though it was a news headline written by the newspapers. The intent was to mislead and influence the public.”

Seven Assamese dailies and one English and one Hindi newspaper published the ad, which said “BJP to win all constituencies of Upper Assam”. Over this line was another in smaller print, saying “Huge enthusiasm among supporters and karyakartas of BJP”.

All the 47 constituencies that voted on Saturday are in Upper (eastern) Assam.

Assam CEO Nitin Khade told this newspaper the commission was examining the matter.

Political parties do make general claims of success after each phase of polling, but none has in the past been known to put out advertisements claiming victory, that too in every seat in a particular phase.

“We understand that the ECI has already sought a report from the Assam CEO and given instructions to the newspapers as well,” Congress communications chief Randeep Surjewala said.

The poll panel’s March 26 circular said: “The commission is of the view that predictions of results of elections in any form or manner by way of astrology, tarot card readers, political analysts or by any person during the prohibited period is violation of the spirit of Section 126A which aims to prevent the electors of constituencies still going to polls from being influenced in their voting by such predictions about the prospects of various political parties.”

It is for this reason that publishing exit poll results is banned till the voting in the last phase ends.

The Congress petition to the Election Commission said: “The BJP after realising that their defeat is inevitable, has resorted to desperate illegal and unconstitutional methods to influence the voters across the state. In a pre-planned conspiracy and in order to defraud the voters of Assam, Sarbananda Sonowal, J.P. Nadda, Ranjeet Kumar Dass and other BJP members and functionaries, wilfully and knowingly have issued advertisements camouflaged as political predictions, as headlines, on front page, in various newspapers throughout Assam by which the said persons have disseminated false/ untrue outcome of the results of the first phase of voting in Assam.”

“Why is the Congress so worried? All ads are passed after approval from poll panel officials entrusted with vetting advertisements,” Goswami said.

R. Ravi, editor of the Hindi newspaper Dainik Purvadoy that carried the ad, told this newspaper: “It is an advertisement, not a news report. The BJP symbol was beside the content.”

P.G. Baruah, editor of The Assam Tribune, only said: “The advertisement came in late.”