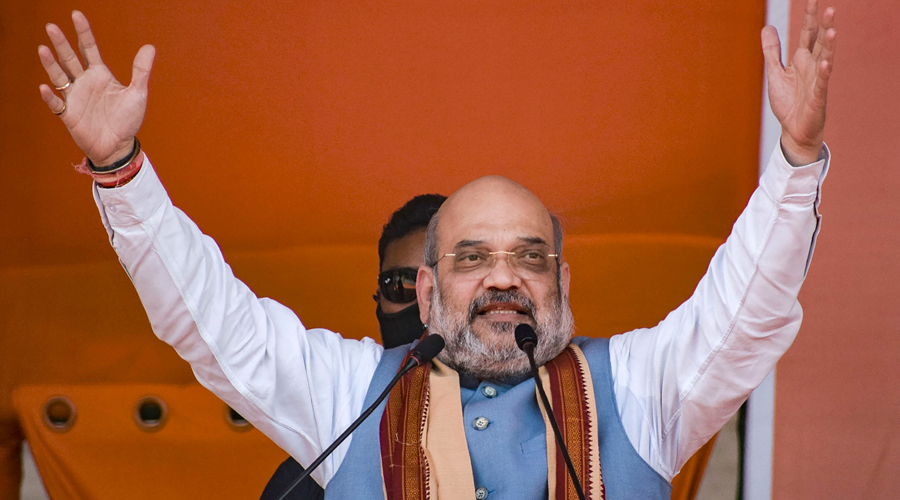 Union Home Minister and senior BJP leader Amit Shah on Sunday said according to the feedback received from the ground, the saffron party will win 26 of the 30 seats that went to polls in the first phase of the West Bengal Assembly election.

Similarly, he said the party has got clear-cut indications that it will win 37 of the 47 Assembly seats in Assam that went to polls in the first phase on Saturday.

Addressing a press conference at his residence here, Shah said the peaceful polling and the high voter turnouts are positive signs for the two states and thanked the voters.

He also expressed gratitude towards the Election Commission (EC) for conducting peaceful elections in Assam and violence-prone West Bengal.

According to the feedback received from the party workers on the ground, the Bharatiya Janata Party (BJP) will win 26 of the 30 seats in West Bengal and 37 of the 47 seats in Assam in the first phase of polling, Shah said.

He exuded confidence that the saffron party will register a massive electoral victory in West Bengal by winning more than 200 seats in the 294-member Assembly and also improve its tally in Assam.

Shah also appealed to the people of Nandigram, from where West Bengal Chief Minister and Trinamool Congress (TMC) supremo Mamata Banerjee is contesting the polls, to vote for change and a better future of the state.

Rejecting the TMC's criticism of Prime Minister Narendra Modi's visit to Bangladesh, he said the visit is to strengthen bilateral ties and has nothing to do with elections.