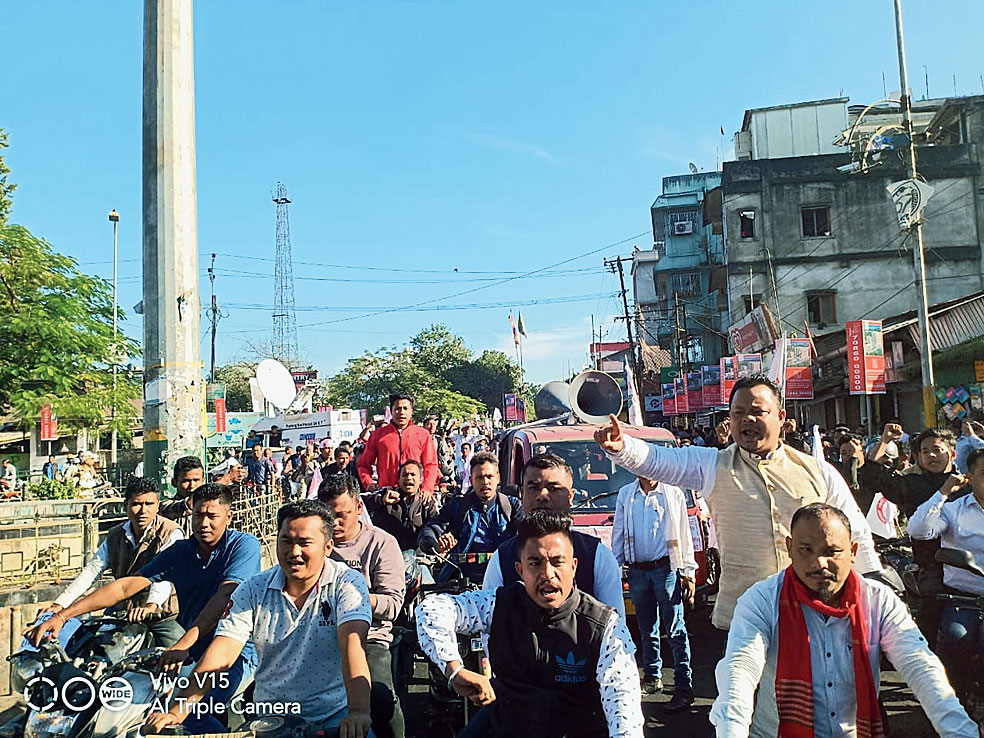 The All Moran Students Union (Amsu) on Saturday called a 48-hour bandh from 5am on Monday to protest against the Citizenship (Amendment) Bill and grant Scheduled Tribe status to six indigenous communities, including the Morans.

Arunjyoti Moran and Naba Moran, the president and secretary of the central committee of the union, said in a release on Saturday that they would continue their agitation till the bill is withdrawn.

The press release criticised the BJP government and demanded the passing of the ST bill during this winter session.

The students’ union is also supporting a regionwide bandh called by the North East Students’ Organisation (Neso), an umbrella body of students’ groups, from 5am on Tuesday.

Arunjyoti told The Telegraph, “We appeal to all the people to come on the highway and protest against the bill to protect the existence of the Northeast. However, students and emergency services have been exempted from the strike.”

Hundreds of Amsu activists took out a bike rally from the Dirak Gate on the Assam-Arunachal Pradesh border up to the deputy commissioner’s office in Tinsukia district to protest the bill.

The All Assam Sootea Students’ Union has also called a 12-hour bandh on Monday from 5am, said its general secretary, Mahen Bora, in a press release.

The AGP’s regional committees, in a letter issued to the media on Saturday with the signatures of the presidents of its Doomdooma and Daimukhia committees, Govind Phukan and Anand Khataniar, said they would protest against the bill too.