6 months to settle Brus in Tripura 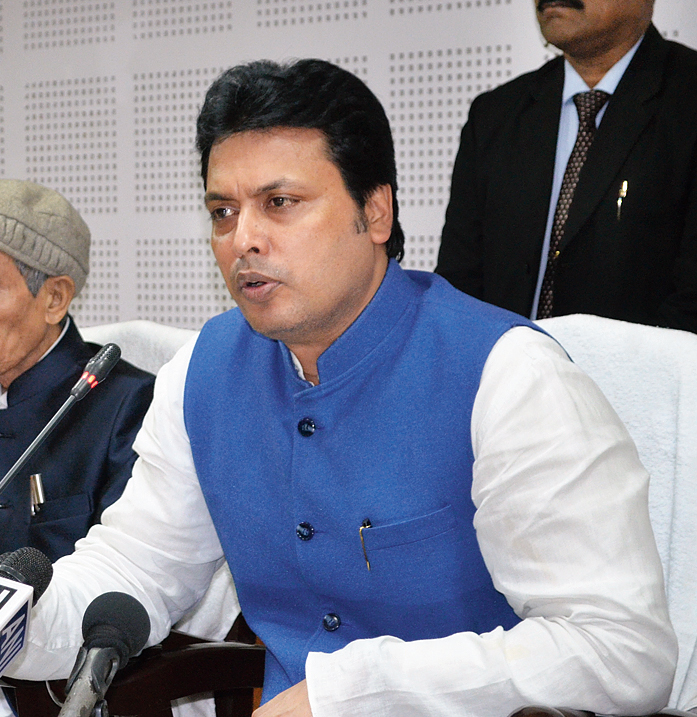 The Brus are currently living in two relief camps in two subdivisions of North district, around 180km from here.

Addressing a news conference at civil secretariat here on Friday, Deb said the issue of the displaced Bru people living in the refugee camps in the North district has finally been resolved.

He expressed his gratitude to Prime Minister Narendra Modi and Union home minister Amit Shah for solving the decades-old problem.

“Earlier, many initiatives were taken to send back the Bru people to Mizoram but not more than 350 families had been sent to Mizoram till date. Even the previous government did not make any efforts to settle them. But this time the Centre took the initiative to settle them permanently here in Tripura,” Deb said.

He also said according to the agreement, it was decided that those who willing to go back in Mizoram can go and the rest can stay here in Tripura with the same package but people who have already repatriated can’t come back to settle permanently in Tripura.

Deb said to settle 34,000 people here in the state, a huge amount of land would be required and that would take at least three months.

“The revenue department has been asked to identify the land and prepare the date and once the forestland is diverted we can allocate plots to the families accordingly,” he added.

Deb claimed that it is a historical day as no other state has welcomed people from other states providing the same facilities to them.

“Indians living within their own country can never be called refugees. According to the latest records, around 34,000 people comprising 5,400 families are living here. But the state government will again carry out the census of the Bru people,” he told reporters.

The chief minister said if the voter identity cards are prepared before the ADC elections then the Brus will get the right to vote.