4% reservation for disabled in Assam 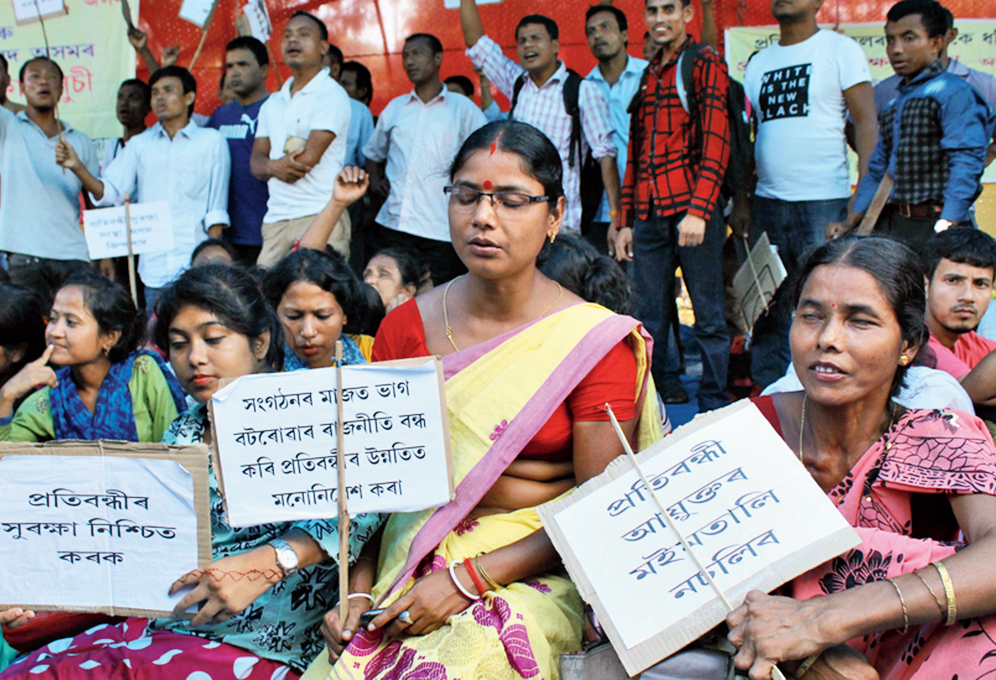 The commissioner’s office reminded that according to the Rights of Persons with Disabilities (RPwD) Act, 2016, four per cent jobs should be reserved for differently-abled people.

It said the matter was reiterated by the state’s personnel department through a memorandum in January this year.

The commissioner’s office requested the directorate of higher education to issue instructions to institutions concerned to create roster registers as per the guidelines issued by the personnel department and re-examine availability of various posts in different cadres for filling those up by persons with disabilities.

“Adherence to the RPwD Act is a responsibility and duty of all government officials and it is expected that your directorate will take all necessary steps to ensure the rights of persons with disabilities,” said a letter from the commissioner office.

On receiving it, the directorate of higher education has written to all colleges to implement the Act.

The differently-abled people of the state have been demanding jobs in various government departments, including the higher educational institutions, as per the government’s job-reservation policy. They have also hit the streets several times in support of their demands.

In June this year, they wrote to the commissioner for persons with disabilities alleging that the state government did not reserve any post in the model colleges.

The association said educated differently-abled people were frustrated by not getting jobs in higher educational institutions.

The secretary of Pratibandhi Suraksha Sangstha, an NGO, Nripen Malakar, said besides higher educational institutions, the reservation policy had not been implemented in other departments as well.

The NGO has been working for the rights of differently-abled people.

“Of them, 534 non-teaching posts are lying vacant in high schools alone,” he added.

Malakar said the state government had decided to recruit the differently-abled people in grades III and IV through the Police Recruitment Board.

“But so far out of 54 only 23 government departments have submitted the record of vacant posts and related details to the board. The rest are yet to submit the data,” he said.