They have been identified as Samshn Alam, Shamsh Alam and Shabir Ahmed , all hailing from Rakhine in Myanmar 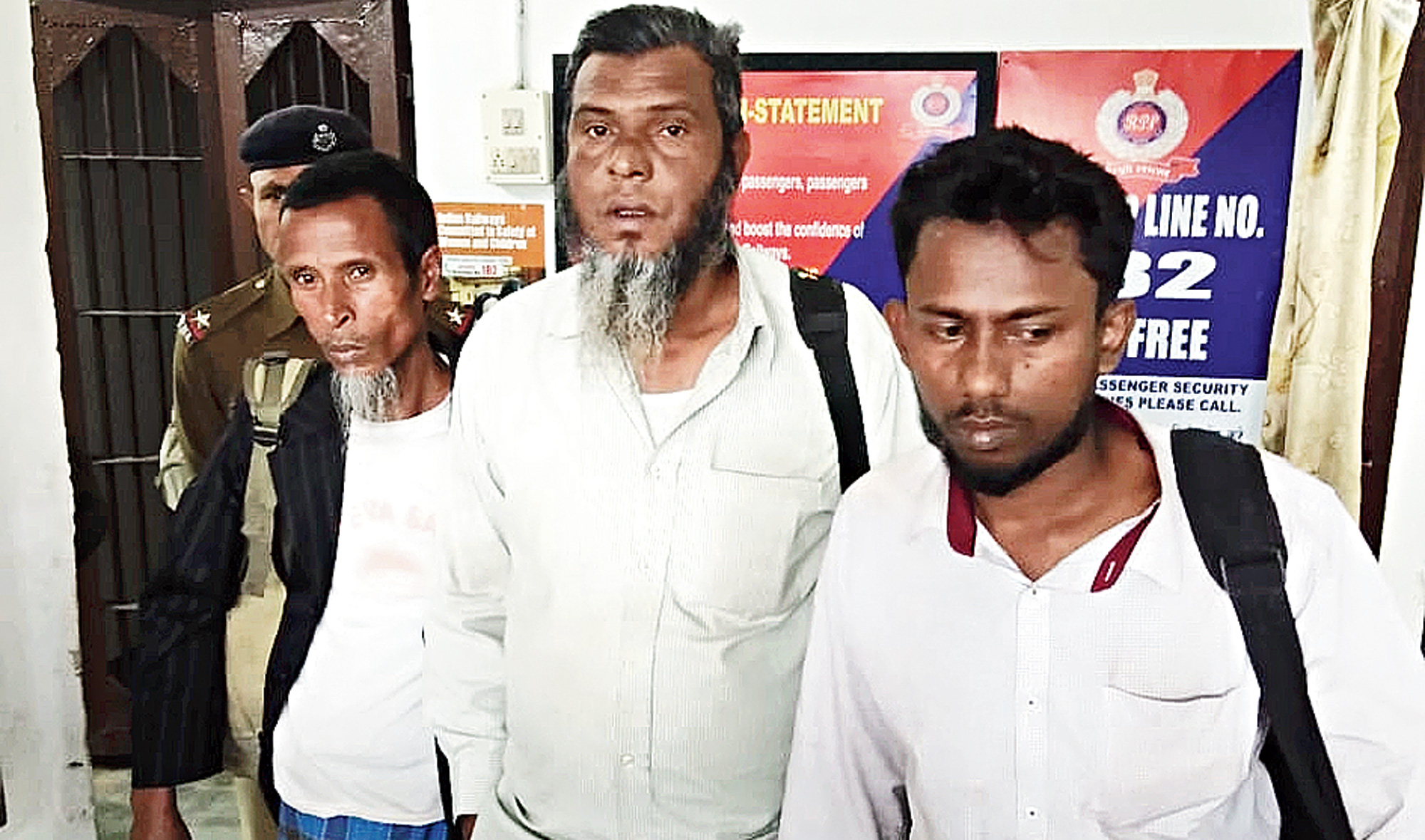 The Rohingya refugees at Lumding railway station on Sunday.
The Telegraph picture
Our Special Correspondent   |   Guwahati   |   Published 18.02.19, 08:22 AM

They have been identified as Samshn Alam, 51, Shamsh Alam, 32, and Shabir Ahmed, 64, all hailing from Rakhine in Myanmar.

Superintendent of GRP Hemanta Kumar Das said preliminary investigation has revealed that they had come to Lumding from Hyderabad. They were detained around 12.15pm at the station, he added.

“During questioning, they said they had entered India from Bangladesh through the Bengal border and went to Hyderabad where they stayed for a few months before coming to Lumding to meet one of their acquaintances,” the police officer said.

“We are not taking their statements at face value as there are some contradictions. Only after a thorough interrogation, we will be able to ascertain the veracity of their statements,” Das said.

They will be produced in court on Monday and the GRP will seek custody for sustained questioning.

A case has been registered against them under Section 14 of the Foreigners Act, 1946.

Security agencies had detained several Rohingya from different areas of the state in the past couple of months and most of them have confessed that they had first entered Bangladesh from Myanmar and then illegally crossed over to India through the porous international border in either Tripura or Bengal.

Last month, 30 Rohingya, including 12 children, were apprehended from a bus at Churaibari in Karimganj district in Assam’s Barak Valley during a routine checking and taken into custody by police.

Five Rohingya, who had illegally entered Assam in 2014, were repatriated through the India-Myanmar border at Moreh in Manipur last year.

Those five Myanmarese nationals, including two women, were lodged at a detention camp inside Tezpur jail in Sonitpur district after they were found guilty of illegally entering the country.