Total of 26 teams are operating in 14 districts of the state and they are working in coordination with state authorities, says official 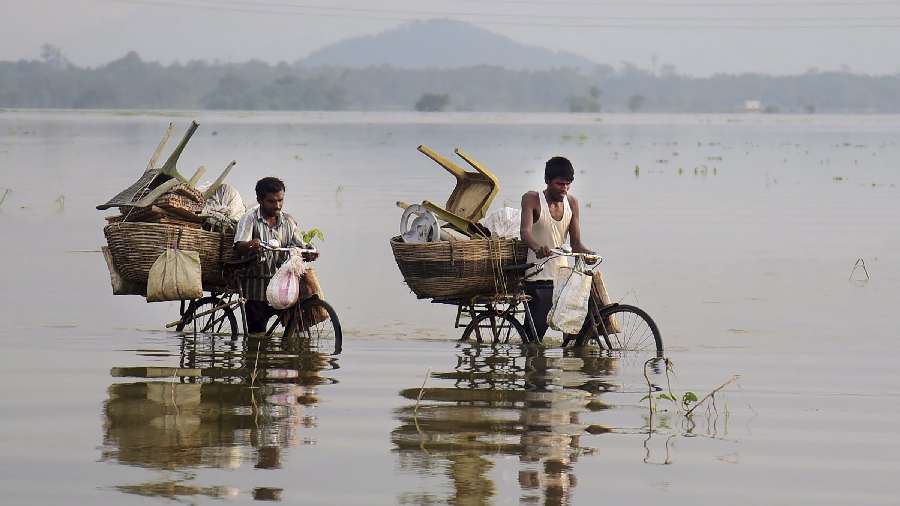 About 17,500 people have been rescued till now from the flood-affected areas of Assam, the NDRF said Thursday.

Of these, 900 were rescued on Thursday, a spokesperson of the National Disaster Response Force stated in an update issued at 5 pm.

The official said a total of 26 NDRF teams are operating in 14 flood-affected districts of the state and they are working in coordination with state authorities.

NDRF teams started rescue and relief operation from June 16 in Assam and so far nine precious lives have been rescued while about 17,500 persons have been taken out from the far flung maroon areas alongwith 32 livestock, the spokesperson said.

The federal force is also helping local administration in distribution of relief material, he said.

The toll due to the flood since mid-May is now 101, they said.

Brahmaputra and Barak rivers along with its tributaries are in spate in most of the affected districts and vast tracts of land remained inundated in 32 of the total 36 districts in the state. The flood waters, however, receded in a few places.