As a fallout of the protests, passengers are stranded at various stations 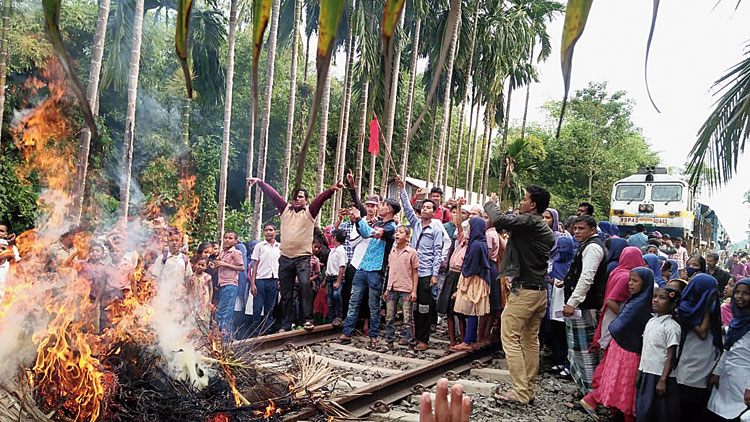 Train services in the Northeast, particularly Assam, have been badly disrupted during the last couple of days because of the anti-Citizenship (Amendment) Bill protests and bandhs.

As a fallout of the protests, passengers are stranded in the different stations.

The chief public relations officer of Northeast Frontier Railway (NFR), Subhanan Chanda, said, “In view of disruptions in train movement due to picketing in many places, many passenger trains have been cancelled and short terminated on December 11.”

On Wednesday, 30 long and short-distance trains were cancelled and shortened journey till December 13.

Chanda said besides revenue loss, they were concerned about the plight of the passengers.

He said the safety and security of the passengers was a major concern for the railways and that’s why they have suspended the trains and in some cases and shortened the journey of some of the trains.

One of the stranded passengers in Dibrugarh, Sanjit Kumar Phukan, said they were scared to travel by train as it might be stopped anywhere because of the ongoing agitation.

Rajdhani Express, Avadh Assam Express, Brahmaputra mail, Kanchanjungha Express have also been cancelled for the next couple of days.