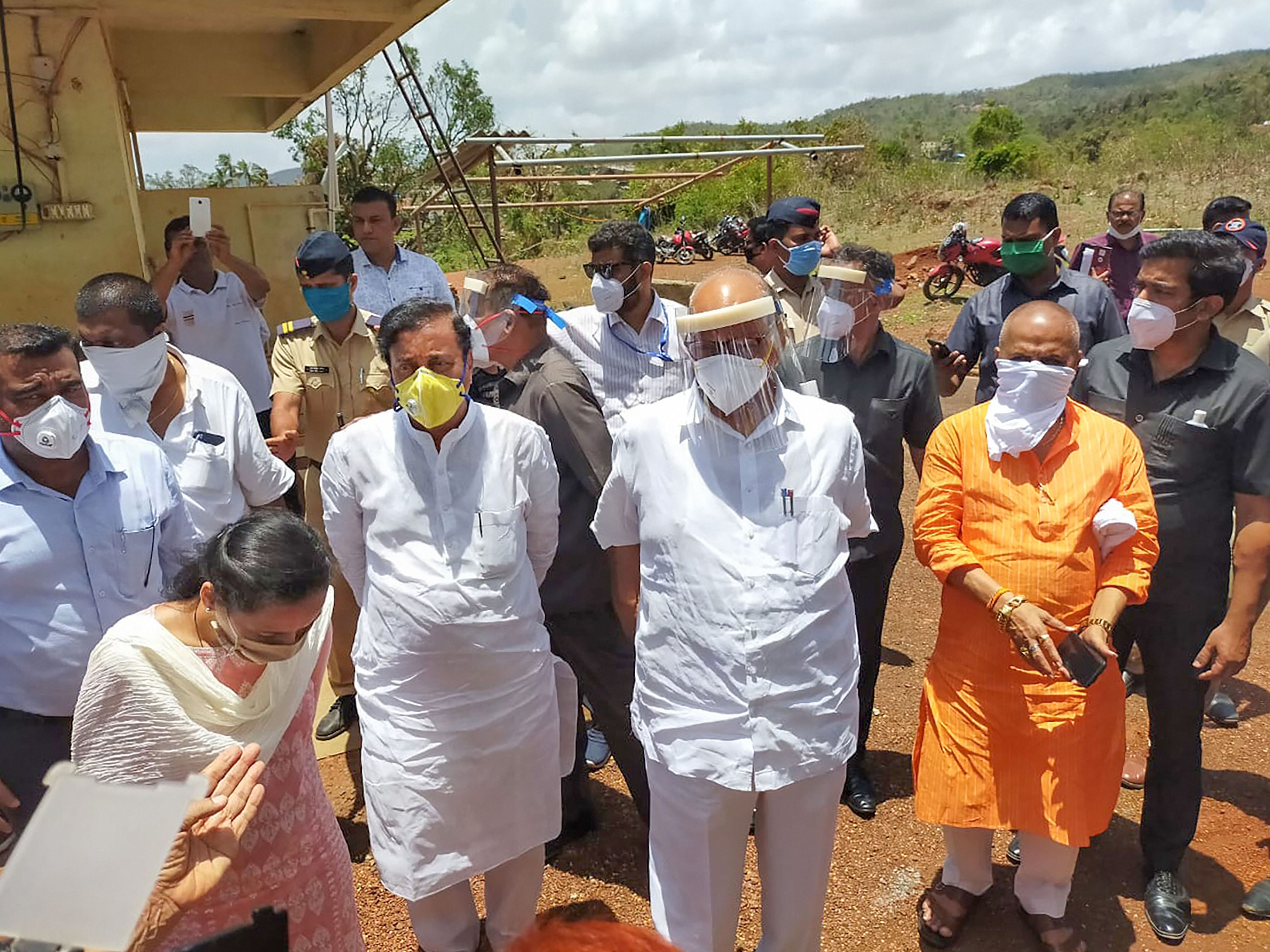 The Shiv Sena on Thursday defended the visit of NCP chief Sharad Pawar to Maharashtra's Konkan region to assess the damage caused by cyclone Nisarga, and lashed out at the Opposition BJP in the state for criticising the veteran politician's tour.

An editorial in Sena mouthpiece Saamana said Pawar is always awake and that is why he gets his 'political timing always right'.

It said BJP's attempt to indulge in politics when Maharashtra is battling the Covid-19 crisis and cyclone Nisarga is 'pitiable', and asked why the Centre has not provided any assistance to the state for the damage caused by the cyclone.

Pawar, whose party is a key constituent of the tripartite Maha Vikas Aghadi government headed by the Shiv Sena, visited Raigad and other parts of Konkan region in the last two days to take stock of the damage caused by cyclone Nisarga last week.

In response, the Sena said, 'But Pawar is always awake, that is why he gets his political timing always right.

Six months ago, BJP leaders woke up at midnight and a swearing-in was held early morning. But, Pawar checkmated them in two days.'

It was referring to the hush hush early morning ceremony at the Raj Bhavan, held after the state polls last year, where BJP leader Devendra Fadnavis was sworn in as chief minister after the Shiv Sena fell out with the BJP over the issue of sharing the chief ministerial post.

Along with Fadnavis, NCP leader Ajit Pawar was also sworn in as deputy chief minister. But, after four days, the Fadnavis-led government fell, and the NCP and Congress later entered into an alliance with the Shiv Sena to form government under the leadership of Uddhav Thackeray.

'After that incident, BJP leaders are still wide awake and are still waiting to see if they can come to power. The BJP's attempt to indulge in politics when Maharashtra is battling the Covid-19 crisis and cyclone Nisarga is pitiable,' the Sena said.

The Uddhav Thackeray-led party asserted that in times of crisis, the state government is 'always awake'.

More than Pawar, the question is whether the Centre is awake to thecrisis the state is facing, the Marathi publication said.

'It is good that Prime Minister Narendra Modi reached West Bengal to assess the damage of cyclone Amphan. Even the Konkan coast was destroyed in cyclone Nisarga. Why hasn't the Centre reached out to Maharashtra? Has ChandrakantPatil woken up the central government?' it asked.

Elections in West Bengal are around the corner (slated in 2021), hence there is 'central intervention', it said.

'There is no likelihood of an election in Maharashtra before the term of the present Assembly ends (in 2024). It is clear that the BJP will not win,' the Sena said.