Fans pour in numbers to get a glimpse of star couple 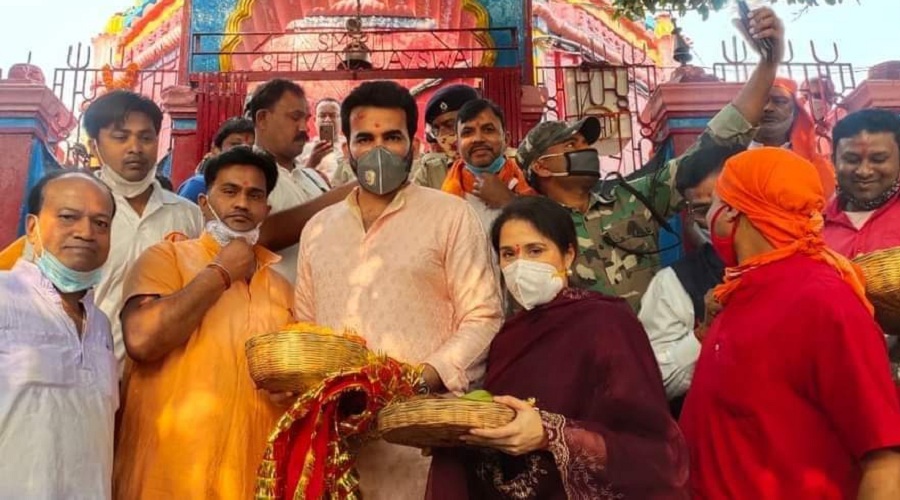 Priests Pappu Baba, Chotu Panda, Subhashis Panda, Lokesh Panda and Asim Panda performed the rituals for them, which lasted for around fifteen minutes. The couple came to Ranchi to attend a program and took time out from their schedule to visit this ancient Seedhpeeth to seek the blessings, Zaheer was quoted by the priests as saying

Zaheer Khan, who made his debut for the national team in 2000, had spearheaded India's pace bowling department for more than a decade. He was the joint leading wicket-taker in the 2011 World Cup with 21 wickets, providing crucial breakthroughs for India with the new ball which helped the country lift the World Cup. He is the most successful pace bowler in Test cricket behind Kapil Dev.

His wife Sagarika is an Indian model, former national level athlete and actress known for her role of Preeti Sabharwal in the film Chak De India.

The main attraction of Chinnamastika temple is the headless deity of Goddess Chinnamasta which stands on the body of Kamdev and Rati in the lotus bed. The Chhinnamasta temple is popular for its tantrik style of architectural design. Apart from the main temple, there are ten temples of various gods and goddesses. It is situated 28kms away from Ramgarh district headquarter in Gola block on the confluence of Damodar and Bhairavi. It is 80kms away from state capital Ranchi.