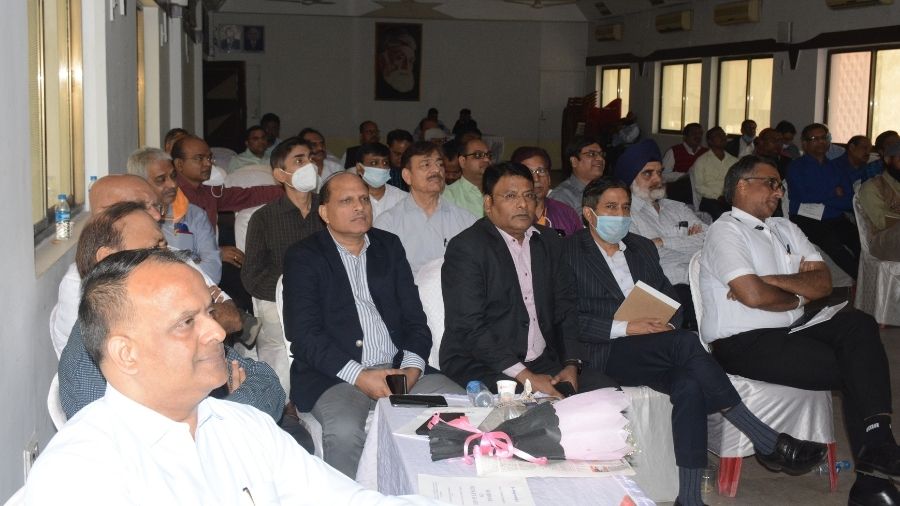 Traders of Jamshedpur attend a session on GST at the Chamber Bhavan in Bistupur on Tuesday.
Picture by Bhola Prasad
Pinaki Majumdar   |   Jamshdepur   |   Published 23.02.21, 09:05 PM

Over 1.5 lakh small and medium size traders across Jharkhand will participate in the all India Bharat Vyapar Bandh called by Confederation of All India Traders (CAIT) against GST on February 26.

“We have extended our support to the bandh which is for a genuine cause of traders. We are against the new provisions of GST,” Praveen Kumar Chhabra, president of FJCCI told The Telegraph Online over phone.

The bandh call given by CAIT, the apex body of traders has already been supported by All India Transport Welfare Association (AITWA) . The transporters’ unit has also announced a ‘chakka jam’  on February 26. Several other leading national and state level trade associations have supported the  traders bandh.

CAIT national secretary and former president of Singhbhum Chamber of Commerce and Industry  Suresh Sonthalia said that the business community, which was enthusiastic about the GST system when it was introduced, now feels highly depressed because of wide complications and imposition of huge penalties even for a small unintentional error.

"The traders across the country have been expressing their resentment over the cruel GST provisions which are contrary to the letter and spirit of GST Act passed by the Parliament," said Sonthalia.

He added that more than eight  crore traders  across the country will participate in the bandh to express their solidarity over the issue.

A functionary of  Jharkhand Thok Vastra Vikreta Sangh M Agrawal said that traders were finding it difficult to comply with the complex GST norms as stipulated by the Centre and in demand for simpler norms would go on a nationwide strike on February 26 to let the government know that the process of constant amendments in GST rules were only confusing traders.

He appealed to all urban and rural traders to ensure success of the bandh by keeping their business establishments closed on February 26 and unitedly fight for the cause of simplified GST norms.