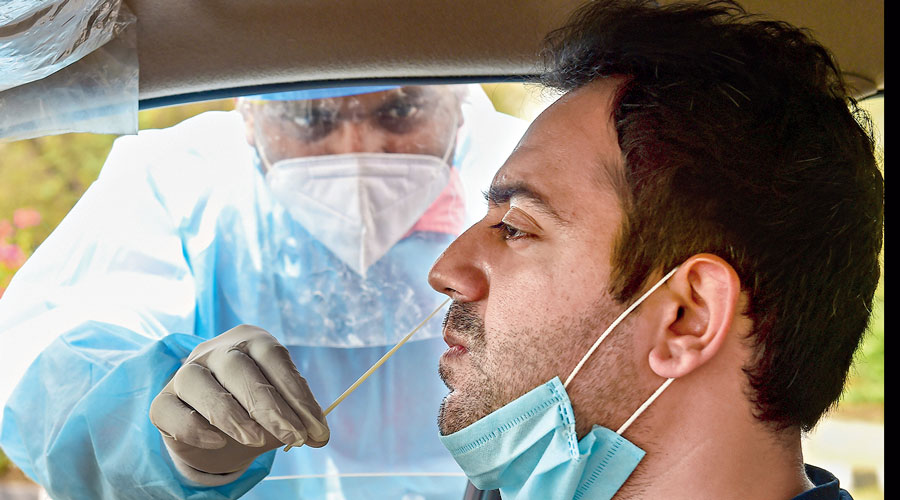 Six more Covid related fatalities were reported from across Jharkhand on Sunday night with casualties being recorded for the third consecutive day in the state.

As per the Sunday’s Covid bulletin issued at  midnight, active cases  stand at 23,328. Total number of deaths so far are  5,170. The last three days, has seen 17 deaths,  with eight on Friday, three on Saturday and six on Sunday. Health department officials maintained that most of  those who died had severe comorbidities and that the virus infection had aggravated their condition.

Among the deaths, four were reported from  East Singbhum and one each from Godda and Koderma in the last 24-hours.

Most of Jharkhand’s Covid parameters were now higher than  national averages following a  steep increase in cases since the  last week of December. The state’s seven-day doubling rate  is 0.87 per cent compared to the national average of 0.23 per cent.