Old pipeline damaged due to work on Dhanbad water project 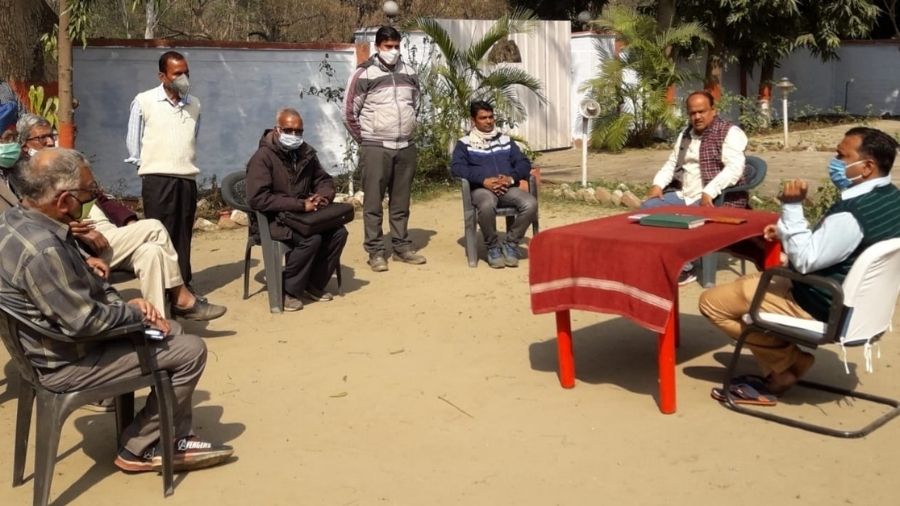 A committee was formed on Wednesday to ensure a coordinated approach to work on a new water supply scheme for Dhanbad, laying of pipes for which is damaging roads and leading to periodic disruptions in supply in Sindri.

Tlaks were held on Wednesday with the acting MD of Fertilizer Corporation of India U.C. Garg, L&T Infra site engineer Amit Singh and a delegation of senior citizens led by Sewa Singh, who is president of All India  FCI VSS Employees Association.

Notably, the FCI township has an old pipeline laid more than 50 years ago through which water is supplied to around 4,000 quarters while L&T Infra is laying a new pipeline for a water supply scheme for Dhanbad Municipal Corporation.

Sewa Singh said, “Due to unplanned digging carried out by L&T in Sindri for laying pipelines for the new water supply scheme, the existing pipeline laid by FCI more than 50 years ago is being damaged. Hence, water supply gets disrupted.

“The digging work being carried out by earth movers also damages roads, and the soil excavated from underneath is also not properly leveled causing traffic disruptions.

FCI general manager U.C. Garg also objected to the “reckless” digging being carried out by L&T without the use of proper maps of the existing network of pipes.

Later, the DSP constituted the committee comprising of representatives of FCI, L&T, FCI VSS Employee’s Association. It was agreed that digging work would be carried out under the supervision of the FCI engineer in order to avoid any damage to the existing pipelines.