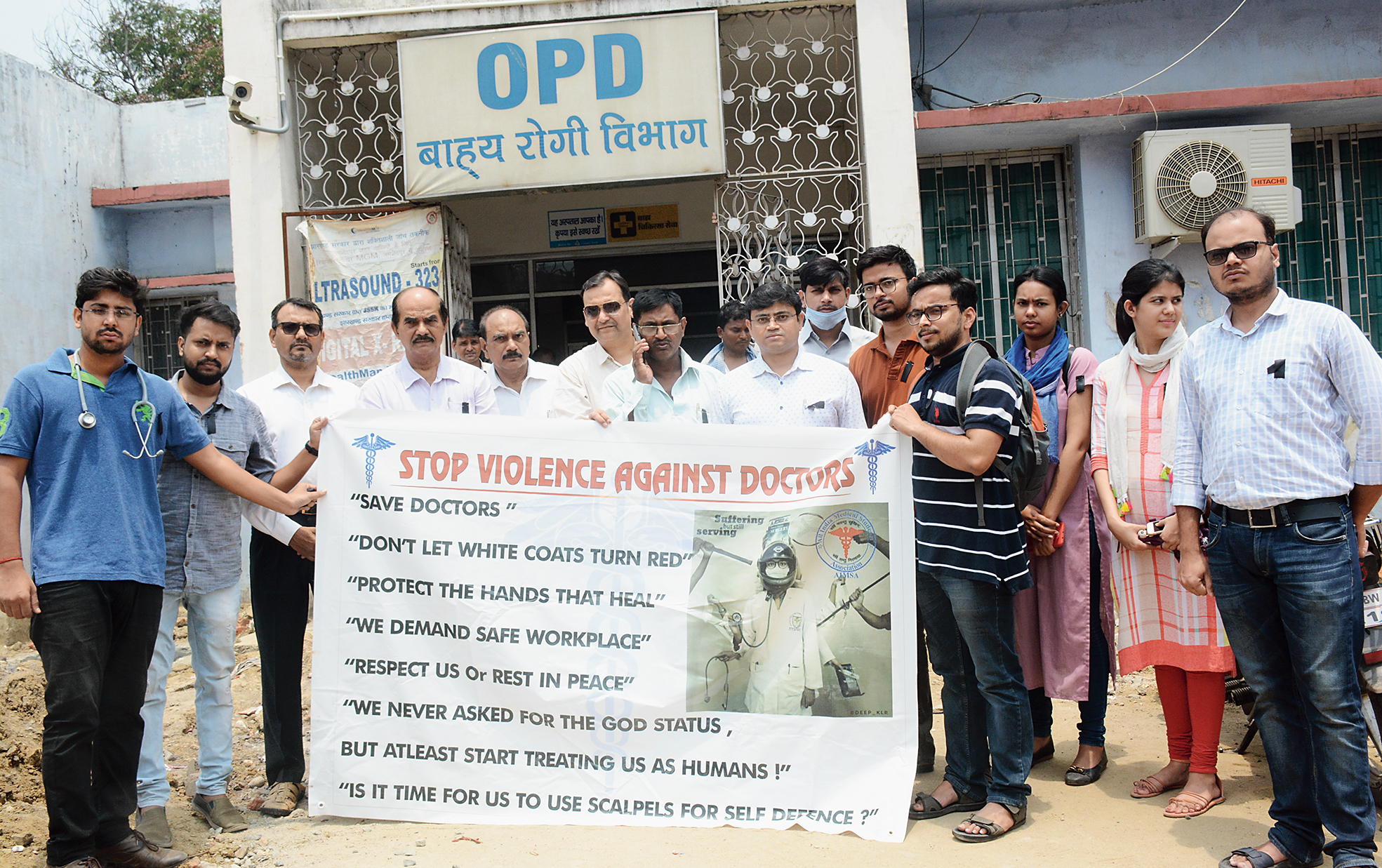 Sanjay Gorai (27), a carpenter who is suffering from high fever and back pain, travelled around 7km to MGM Medical College and Hospital in Sakchi from his Birsanagar home with his brother on Friday morning. But the doctors at the out-patient department (OPD) of the government hospital were observing a 2-hour strike to show solidarity with their protesting counterparts in Bengal and to highlight the insecurity in the physicians’ fraternity.

Lakshmi Kispotta (35), suffering from abdominal cramps and fever, also had to return without treatment.

Both Gorai and Kispotta were taken to local private clinics for treatment.

Doctors carrying a banner that read “Stop Violence against Doctors” staged a protest at the entrance of the hospital before disrupting OPD services from 10am to 12noon. The OPD opens at 9 am and continues till 1 pm. It re-opens at 4pm and continues till 6pm.

“Only OPD services were disrupted for two hours, the emergency services functioned as usual,” said Dr Mrityunjay Singh, a senior functionary of the Jamshedpur unit of the Indian Medical Association (IMA). “The IMA condemns the violence that is being perpetrated on doctors and hospitals and demands a permanent solution to the issue. IMA branches all over the country staged dharna and wore black badges in protest to condemns the NRS Medical College incident (in Calcutta, in which junior doctors were beaten up on Monday night after an elderly patient died).”

All doctors across departments at MGM Hospital wore black badges in protest.

On average, around 700 patients turn up daily at the OPD of MGM Medical College and Hospital. On Friday, some went to private hospitals in Mango and other places, while others waited for the OPD to open.

“My father was having severe pain in his right jaw and gums. Seeing the long queue at the MGM Hospital I am taking him to Tata Main Hospital,” said Ratan Mahto, a resident of nearby Sitaramdera while leaving the hospital campus.