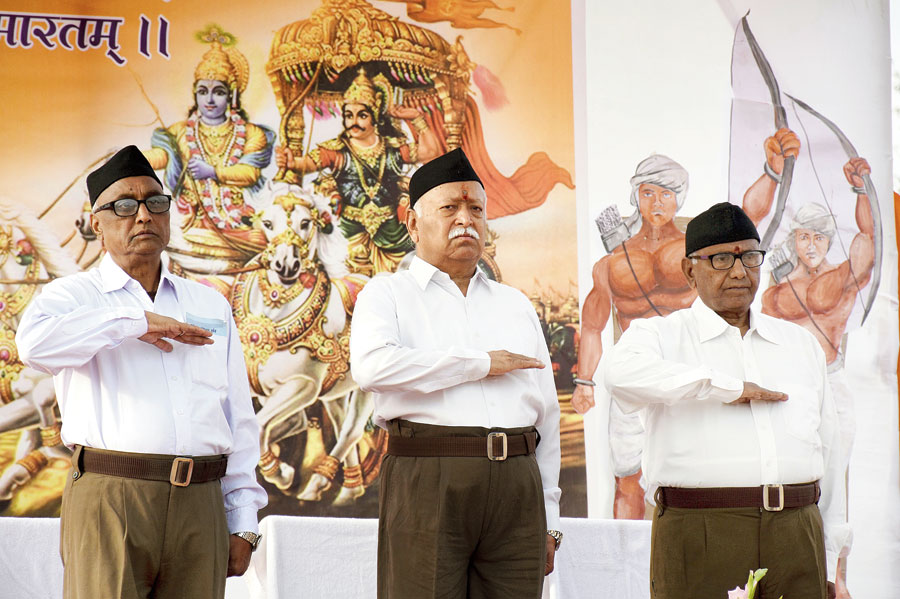 The word “nationalism” can lend itself to different interpretations and be equated with “Nazism” and “fascism” by some, RSS chief Mohan Bhagwat said here on Thursday.

Bhagwat’s remark came amid continued protests in several towns and cities of the country, including Jharkhand, against the new citizenship law and probable pan-India NRC.

Addressing an RSS event, Bhagwat tried to explain why nationalism was a word that was not viewed positively among a lot of people.

Bhagwat recalled how sometime back an intellectual in the UK advised him against using the word nationalism.

The RSS chief said different countries had different languages, religions and models of economic development and someone not accepting those cannot be its national. “You can be (their) guest, host, minority, anything, even enemy, but not its national,” he said without elaborating.

Bhagwat also said problems like radicalism and climate change were disturbing world peace and only India, with its ethos of thinking holistically, could offer a solution.

“Problems of radicalism, environment and the belief that one is right and the rest are wrong are basic issues disturbing world peace. Only India has the experience to think holistically to find solutions to these problems,” Bhagwat added. “And the world waits for India, so India has to become a great nation.”

He urged RSS members to connect with people from all strata irrespective of their caste, language, religion or region, Bhagwat said India’s characteristic was to bind everyone in one thread following the principle of Vasudhaiva Kutumbakam (the world is a family).

“We (Indians) live for each other, not for ourselves. We believe that the world has made us and we have to give back to it. We look at the world with gratitude,” Bhagwat said.

He said a Muslim intellectual from India once went for Haj and was sent to jail on blasphemy charges for wearing a locket.

The then foreign minister Sushma Swaraj intervened and got him released within eight days, Bhagwat said.