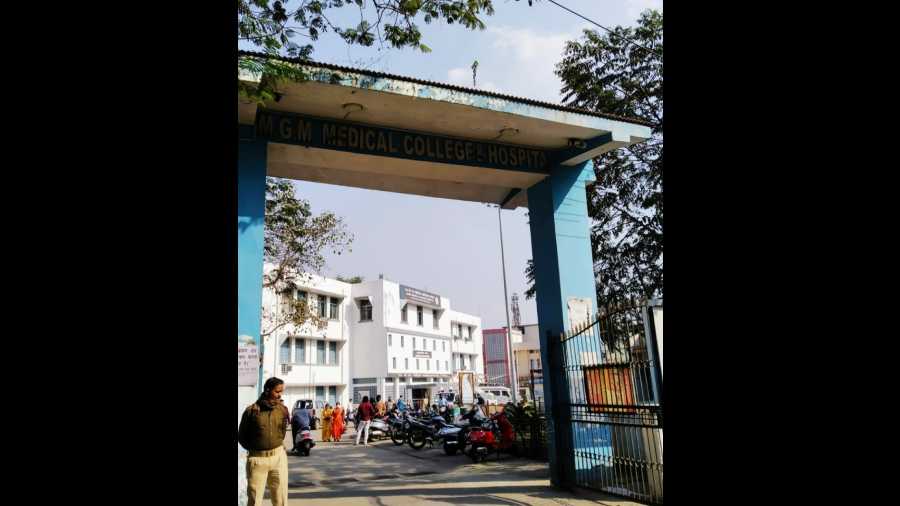 MGM medical college hospital authority have on Friday received an allotment of Rs 11.9 crores from the state government for its development.

The allotment of fund to this tune is aimed at procuring modern equipment so as to augment the standard of medical treatment in the medical college hospital.

The medical equipment is to be procured for additional fivell departments where the students of MGM college will have to do practical study upto the post-graduate level.

Revealing about the allotment of fund, superintendent, MGM medical college hospital, Arun Kumar said medical equipment will be purchased under the guideline of National Medical Council (NMC), New Delhi which has given permission for PG study in five additional streams.

"Earlier, there was facility of the PG study in the streams of Anatomy, Physiology and Pharma only at the MGM medical college, but now the NMC has given permission for PG level study in additional five streams which are Pediatric, Gynaecology, Surgery, Orthopedic and Anastasia. The directorate of Medical Education, Jharkhand had  to provide the necessary funds so that the  departments concerned can be equipped with the modern medical equipment accordingly, " said Kumar while talking to The Telegraph Online.

The hospital superintendent pointed out the good thing behind commencement of PG course in additional five streams leading the hospital authority to equip the departments accordingly is that the patients at the MGM medical college hospital will be able to get higher level of treatment.

Principal,MGM medical college, Dr KN Singh under whose aegis the hospital runs while talking to The Telegraph Online said "the NMC had the nod for starting PG courses in additional five streams recently and the courses have to be started from this year only. "