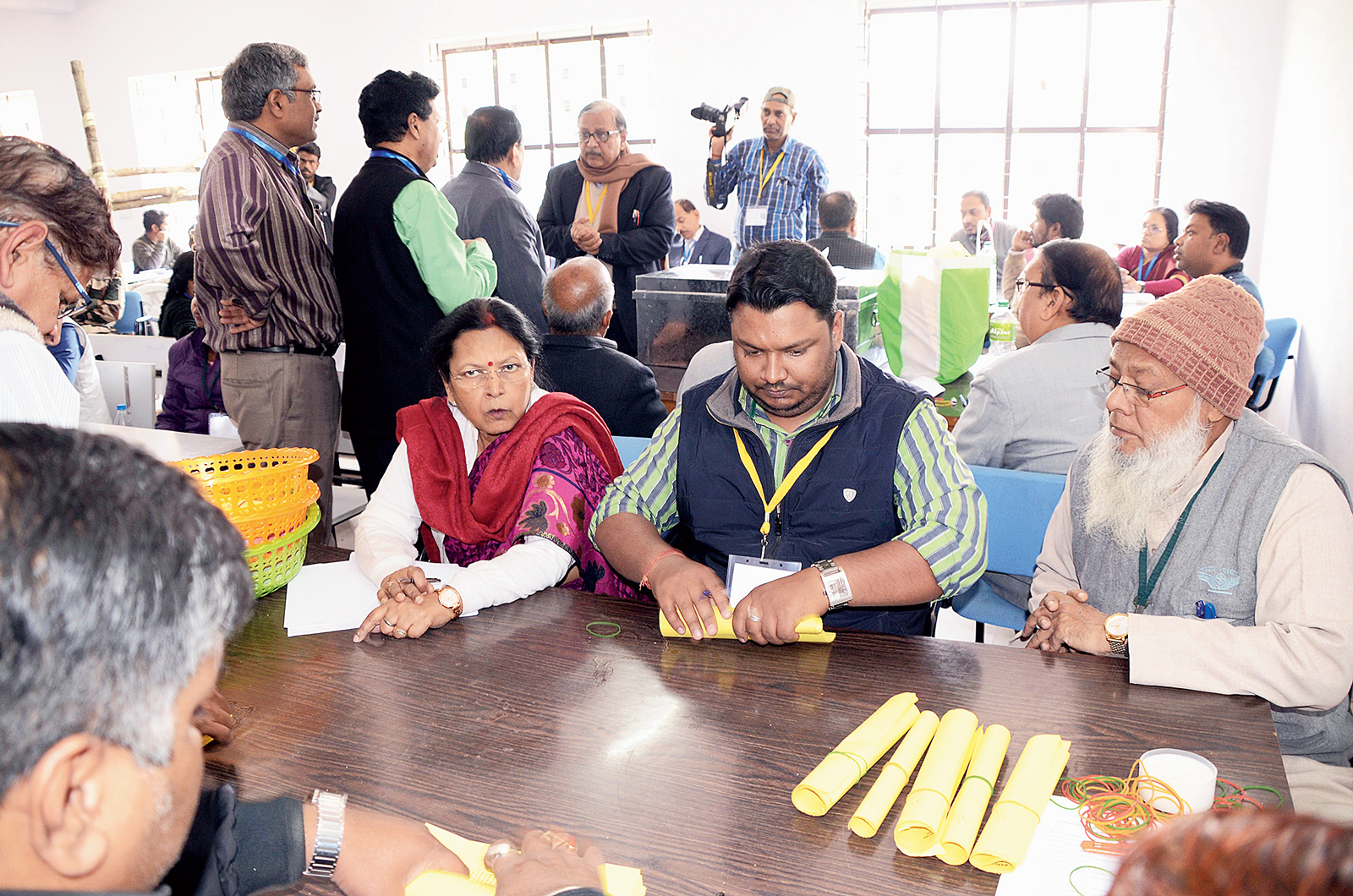 Winning 41 of 80 seats at 15 colleges and one PG department in Ranchi University student union elections, RSS-backed Akhil Bharatiya Vidyarthi Parishad (ABVP) emerged undisputed leader on Tuesday among the college crowd in arguably the biggest campus polls of the state, for which voting was held on Monday.

Ajsu with 23 seats emerged second. Adivasi Chatra Sangh, supported by a clutch of tribal outfits, emerged third winning 10, while the remaining six seats were won by the JMM-backed Jharkhand Chatra Morcha and others, which indicates that tribal students’ votes had split.

Though voting turnout had been low on Monday — around 27 per cent — the results of the student union poll in December indicated broad trends among young voters in the run-up to the two biggies in 2019, Lok Sabha and Vidhan Sabha elections.

At Birsa College and Simdega College, ABVP had to be content with one seat each.

An elated ABVP in-charge Krishna Kumar said students of Ranchi University had placed confidence in them. “Results clearly suggest that the youths are with ABVP. We received a clear-cut majority,” Krishna said.

Jharkhand Chatra Morcha in-charge Tanuj Khatri said they were happy to have performed well in Marwari College. “We won the posts of president and vice-president of the college,” Khatri said.

Ranchi University PRO Prakash Jha said though the university had not announced the names of winners according to the organisation, all student bodies got busy preparing their lists as soon as results were declared. Jha noted that counting had been peaceful.

As election results were declared, celebrations erupted on different campuses right up to late evening.

Those elected by direct election will in turn elect an university level body of five office-bearers on December 13.