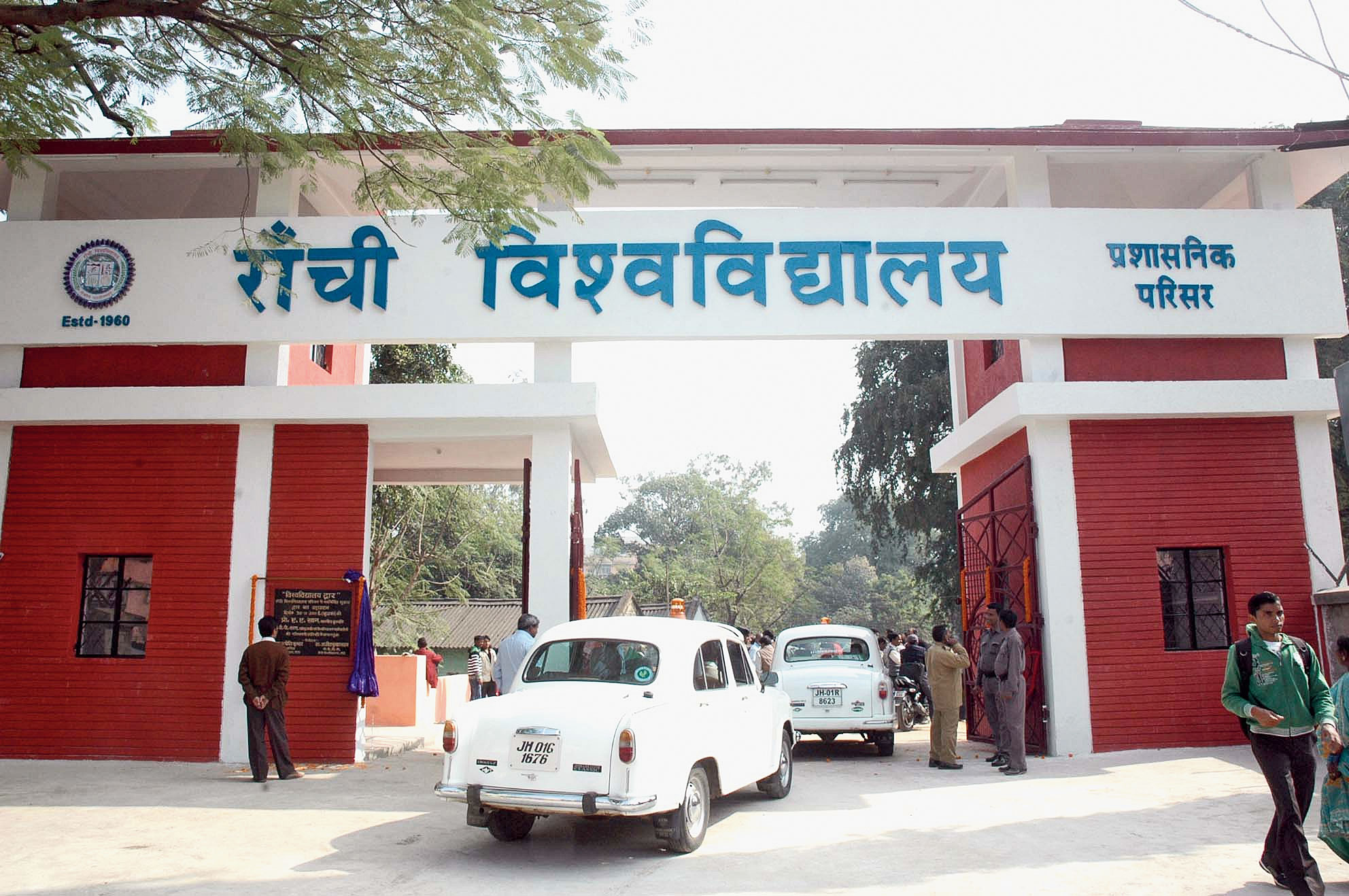 Around 150 teachers under the aegis of Retired Ranchi University Association staged a demonstration on the varsity campus on Saturday to demand their dues.

The demonstration began around 11 in the morning and continued till 2pm till the protesters met Vice Chancellor Ramesh Kumar Pandey and discussed the issue with him.

A university official confirmed the stir by the retired teachers and said the situation reflected the sorry state of higher education in the state.

“It was painful to see the retired university teachers agitating in the same campus where they used to command respect. Though only 150 ex-teachers took part in the agitation, the actual number of sufferers is not less than 500,” the university official said requesting anonymity.

Ram Eqbal Tiwary, retired head of the department of mathematics of Ranchi University and president of the association, said they were left with no option other than taking recourse to agitation.

“Teachers, who have retired during 2006-10, have not received their arrears so far. Moreover, the fixing of pension in accordance with the recommendation of Seventh Pay Commission has also not been done so far. Several retired teachers have not got their leave encashment and gratuity amounts as well,” Tiwary said.

Vice Chancellor R.K. Pandey said he gave a positive assurance to the teachers.

“The demands of the retired teachers are justified. The money for payment has to be released by the state government. The university is not in a position to do anything. But I have promised my full co-operation to them,” Pandey said.

Set up in 1960, Ranchi University is the oldest varsity in the state and has produced many bureaucrats and technocrats.

Ranchi MP Sanjay Seth had recently raised the demand of converting the varsity into a central university in Lok Sabha.

Asked about the sufferings of the retired teachers, Seth said he would look into the matter.

“I will talk to government officials and see how the problem can be solved. It is unfortunate that they have to agitate for their genuine demand,” he said.

Director of higher education department Dinesh Prasad said the payment of dues and pension in accordance with the Seventh Pay Commission were awaiting approval from the finance department. “Efforts are underway to get the approval soon,” he added.