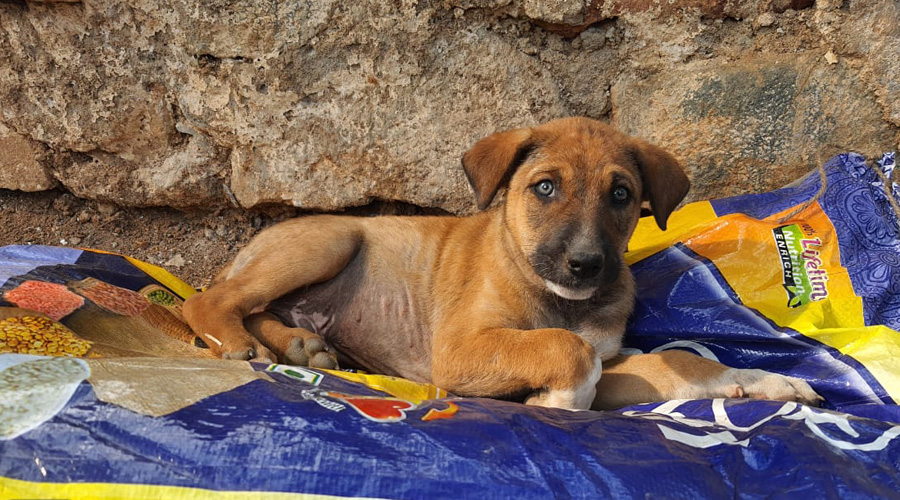 A stray dog looks comfortable on one of the mattresses placed by Jamshedpur Red Paws Rescue Foundation in the steel city on Sunday.
Telegraph picture
Jayesh Thaker   |   Jamshedpur   |   Published 13.12.20, 06:12 PM

A popular animal welfare association of the steel city went about placing mattresses for strays on Sunday to ensure they are comfortable during the winter.

The initiative, organised by Jamshedpur Red Paws Rescue Foundation (JRPRF), was launched from the Circuit House Area ground. From there, volunteers drove to various places in a van to place the mattresses.

“These mattresses would provide a nice and warm place for stray dogs to sleep in, especially at night,” said Aniz Patel, founder of JRPRF, an NGO established in 2018.

According to Patel, they covered Circuit House Area, Kadma, Sonari and Sakchi and placed 50 mattresses made of hay and nylon sacks. A similar drive would be undertaken on a larger scale across other areas of Jamshedpur.

“Winter isn’t easy for strays in and around Jamshedpur.  Many even die. We felt it is our responsibility to help the strays battle the harsh winter,” Patel added.

The foundation has appealed to citizens to come forward and donate blankets, dog-friendly clothes and mufflers to keep them warm during the winter.

Apart from Patel, others who were part of the drive included Kunal Venkat, P. Mohan, Pratik Jain, S.K Mitra and Aditi Das.

The NGO had organised a stray pup adoption camp on November 29 to motivate people to adopt Indian strays who would otherwise face the wrath of speedy cars on busy streets. Thirty pups were adopted by dog lovers.

The foundation has appealed to the people for support. “We can hold more such activities with support from more volunteers. There is no dearth of animal lovers in Jamshedpur,” a member said.