Sanjay Seth was seeking permission for the resumption of admission to the three medical institutions in Jharkhand, and also wanted to fill up the vacancies in the senior faculty 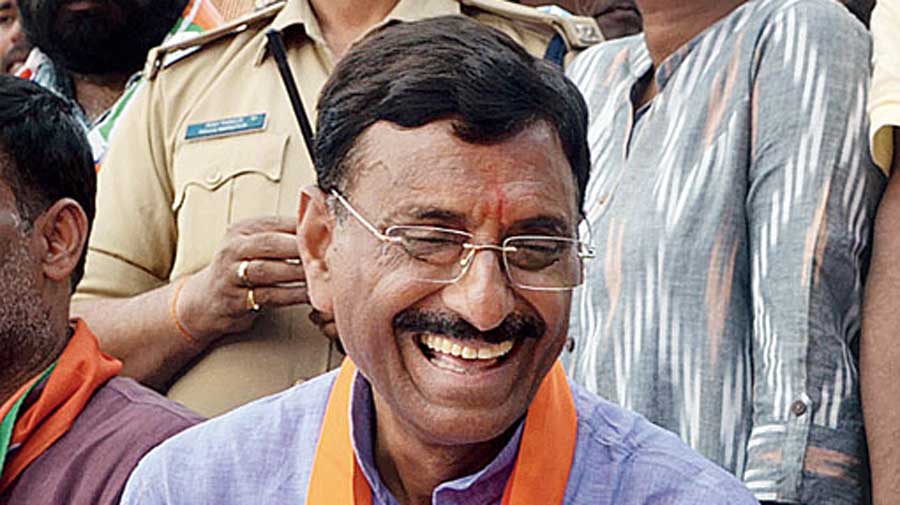 Ranchi’s BJP MP Sanjay Seth requested Union health minister and National Medical Council (NMC) chairman to allow admission to the three new medical colleges of Jharkhand that has been kept on hold after chief minister Hemant Soren did so earlier.

“I met Union health minister Harshvardhanji yesterday (Wednesday) and NMC chairman Dr Sharma today,” Seth informed The Telegraph over the phone from New Delhi on Thursday, adding he had requested both of them to reconsider their decision of stopping admission process in those colleges and allow it to go on now. “I also request the state government to remove the shortcomings so that the bottleneck is removed at the earliest,” the MP further said.

“I appeal the new batch (of students) be allowed to take admission and time be given to the local authorities to rectify the shortcomings in a time bound and monitored manner,” Seth said in a letter he handed over personally to the health minister. “.... in this competitive world any such last minute deprivation of large number of seats came as a jolt to students and (their) parents,” he further said in the letter, requesting reconsideration as “lot of government decisions in all sectors have been relaxed because of the mammoth task of managing the unprecedented Covid-19 pandemic”.

Those three colleges were set up under a Centrally sponsored scheme at Daltonjanj, Hazaribagh and Dumka and the first batch of students were admitted in 2019. But the NMC stopped the admission process of 300 students, 100 in each of those three, in 2020, citing lack of faculty and infrastructure.

Following this, chief minister Soren had written to NMC chairman in November 2020 and also to the Union health minister the next month, requesting them to reconsider the decision and allow admission process.

“The state is fully aware and committed to fulfilment of the NMC norms. However, certain finishing work in building infrastructure and installation of equipment and furniture etc could not be completed due to the lockdown imposed in March (2020),” Soren had informed the NMC chairman and assured those would be done shortly.

The vacant position of staff and faculty was also being addressed, he had further assured, adding they were also in the process of making certain amendments in the recruitment policy so that vacant positions of senior faculty could also be filled up.

But the efforts of the chief minister did not yield any positive results.

The Ranchi branch of Indian Medical Association then decided to request the MPs elected from the state to take up the issue with the Union government so that the deserving students were not deprived.

Accordingly, they approached Ranchi MP Seth and the latter met both the Union health minister and NMC chairman and requested them personally to reconsider the NMC decision of holding back the admission process in those three colleges.

“We all are for admission of those students but they will actually be benefitted only if the basic infrastructure is improved,” said a faculty member at one of those colleges, adding the state government must appoint adequate faculty members and complete infrastructure without further delay.