Advertisement
Home / Jharkhand / Ranchi gets a new hangout, around cleaned up lake

Ranchi gets a new hangout, around cleaned up lake

The 52-acre artificial reservoir, also known as Ranchi Lake, was dug up at the behest of a British colonel way back in 1842 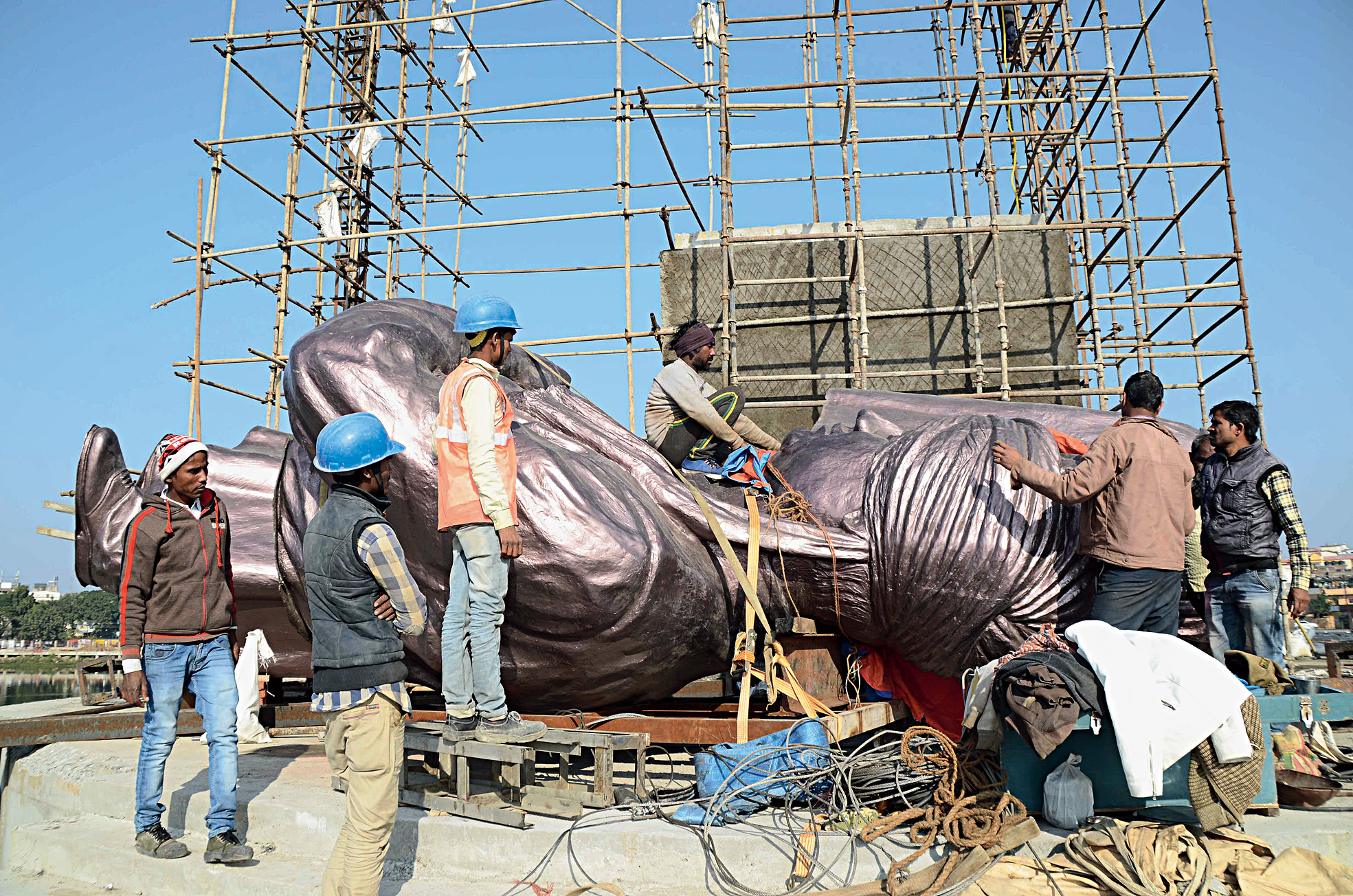 The New Year will offer residents of the capital a new hangout.

Makeover of Bada Talab, complete with twin islets and a 33-feet-tall bronze statue of Swami Vivekanand, is in its final stages. And, if things go according to plan, the attraction will be thrown open on January 12 to mark the monk reformer’s 150th birth anniversary.

The 52-acre artificial reservoir, also known as Ranchi Lake, was dug up at the behest of a British colonel way back in 1842. Prisoners were engaged in the project and the objective was to maintain the water table of a city that is situated 2,100ft above sea level.

Over the years, Bada Talab languished in neglect. From hyacinth attack to festive leftovers, the lake grappled with both natural and manmade problems until the state government finally decided to walk the extra mile and turn it into a weekend getaway.

The statue is being installed on Island-2. Made by renowned architect and sculptor from Maharashtra Anil R. Sutar, it arrived in parts from Noida (Uttar Pradesh) on December 21 and is currently being assembled in Ranchi.

The lake will host boating facilities, floating fountains and boast a 2km-long, 10ft-wide concrete pathway on the lines of Marine Drive in Mumbai. The walkway is being guarded by a 3ft-high railing and will be studded with 40 vintage lamps.

The RMC also plans a trash treatment plant at the lake to ensure cleanliness after festivals and has proposed a parking bay and landscaped recreation nearby.