Beats Gaya, Surat and 15 other mid-sized airports in review by AAI 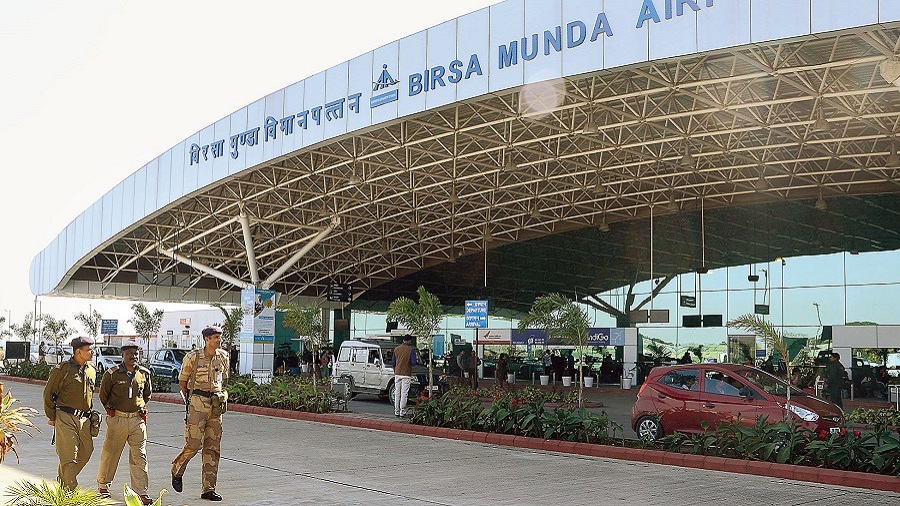 The Birsa Munda Airport in Ranchi has bagged the top position in India in customer satisfaction index (CSI), as per a survey conducted by the Airport Authority of India (AAI) through a third-party, officials said on Monday.

The largest airport in Jharkhand secured 4.79 out of five in the grading system of the survey, conducted by AAI through a third party, leaving behind Gaya, Surat, Agartala, Bhopal, Khajuraho, Vijaywada and 10 other “medium sized” airports, officials added.

“The survey is done separately for large airports, which have a passenger density of over 25 lakh. Medium-sized airports like ours fall in a separate category, while small airports have a different category,” said Sharma. “The survey period was January to June. Birsa Munda Airport has topped among 17 airports in the survey, and we see this as an opportunity to do even better in the future,” he added.

This is the first time that Birsa Munda Airport participated in the CSI survey, airport officials said, adding that additional measures were taken during the survey period to ensure hassle-free experience to passengers flying to and from Ranchi.

Ranchi’s survey score was followed by Gaya airport in Bihar, which secured 4.77. Surat scored 4.64, while Agartala, Bhopal and Khajuraho scored 4.62, 4.62 and 4.61 respectively. Vijaywada secured 4.60 in the grading.

The Birsa Munda Airport is fast growing in terms of connectivity with other cities. The largest airport in Jharkhand has 30 flights connecting Ranchi to cities like New Delhi, Mumbai, Calcutta, Bangalore and Hyderabad. However, many of these flights have not resumed after the lockdown this year. The airport also has an international bay but it’s yet to get any international flights.

The airport in Ranchi is also likely to extend its runway, increase the length of the basic strip and construct an isolation bay on extra land that will be allotted to the AAI once the cabinet gives its nod to the airport’s expansion plans, officials said.

Currently, Birsa Munda Airport has a 75-meter basic strip, which is the minimum length required for any airport. The length of the basic strip, the airport director said, would be increased to 140 meter once the expansion plan is approved. He added the behaviour of staff at the airport also played a crucial role in ensuring a good CSI rating.