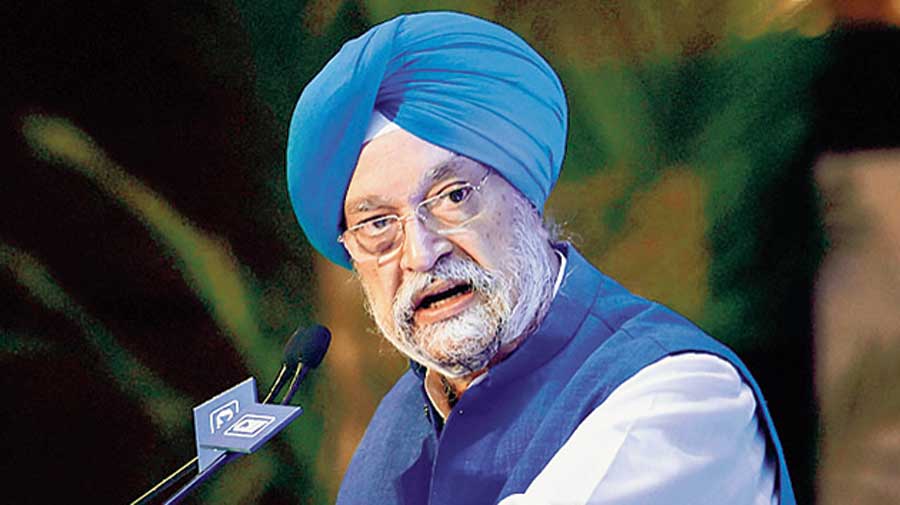 The BJP on Saturday sought a probe into alleged profiteering by the Congress government in Punjab by selling Covid vaccines to private hospitals, and said that "heads should roll".

The party fielded Union minister Hardeep Singh Puri to target the Amarinder Singh government, with the BJP leader asserting that the state dispensation's decision to withdraw the controversial order shows that there was something "fishy" in the matter.

Taking a swipe at Congress president Sonia Gandhi and her son Rahul Gandhi, Puri said they questioned the Modi government over the vaccine supply when their government in Punjab was indulging in alleged profiteering to the tune of Rs 38 crore by selling jabs to private hospitals.

Large doses of vaccines have been found dumped in Rajasthan, another Congress-ruled state, he said.

"Government profiteering should stop. There should be a probe to bring facts in the public domain," Puri said at a virtual press conference, adding "heads should roll".

He also sought to know the "nature of the fund" to which the money received by the state government from private hospitals was credited.

Citing a Punjab government communication, he said it procured Covishield vaccines for Rs 412 per dose but sold it to private hospitals for Rs 1000 and they, in turn, charged Rs 1,560 from the people. Two private hospitals in Mohali charged people Rs 3,000 and Rs 3,200, he alleged.

While the Congress is busy with the "cricket match" between Amarinder Singh and Navjot Singh Sidhu, this is what is going on in the state, he said, referring to the internal bickering in the party.

Taking exception to the Punjab government statement that its decision has not been taken in the right spirit, Puri said this points to concealment of corruption and a culture of impunity in the Congress. For the Congress corruption is something to be taken for granted, he alleged.

Under flak from the opposition for "diverting" Covid vaccines to private hospitals, the Punjab government had withdrawn its order on Friday.

This official reason cited by the Punjab government for withdrawing the order reflects "poverty and incompetence" of the ruling dispensation in the state which draws its inspiration from Sonia Gandhi and Rahul Gandhi, he alleged.

Puri also hit out at the Congress for allegedly fuelling vaccine hesitancy as some of its senior leaders "questioned" the safety and efficacy of Indian-manufactured jabs, and wondered if this was because the party wanted imports of foreign vaccines for getting "commission".

Puri also accused the opposition parties of spreading misinformation and lies over the recently enacted farm reform laws, noting that the central government has done record procurement, with Punjab being the major beneficiary.

The state contributed over 32 percent of 411.19 lakh tonnes of the wheat procured, with over Rs 26,103.89 crore credited to bank accounts of farmers directly, he said.

Opposition leaders had alleged that the new laws will lead to the minimum support price regime and mandis being done away with, he said.

At the press conference, he again attacked the critics of the central vista project and asserted that as of now work on raising a new parliament building costing Rs 900 crore and central vista avenue costing Rs 400 crore is on.

An MLA hostel being built in Maharashtra is alone costing Rs 900 crore, he said.

To a question about AAP MLA and Delhi Waqf Board chairman Amanatullah Khan seeking assurance that no mosque in the area would be affected by the project, Puri, whose ministry is in charge of the exercise, said his doors are open for talks and he will look into the matter.