Probe begins into lynching of a youth over trees in Simdega 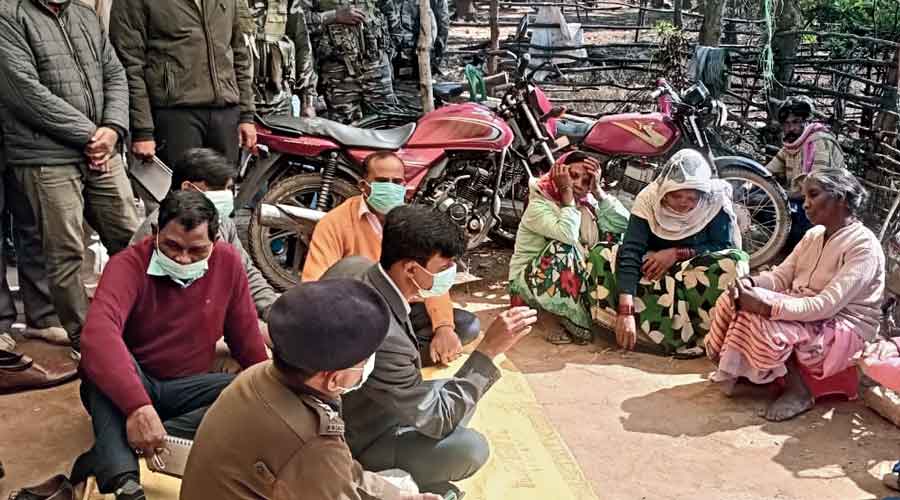 The Simdega administration, on the directive of Jharkhand chief minister Hemant Soren, has constituted a six-member preliminary fact-finding committee on the lynching of a 26-year-old man by a mob of over 200 persons in the district.

“The committee, led by the joint-secretary rank officer, comprises senior officers from police, district administration and forest department and will be submit its report within 24 hours. We will take strict action against the perpetrators of such a ghastly crime. We will also take steps to rehabilitate the widow by linking her to government schemes,” Gaurav said.

On Tuesday evening, Sanju Pradhan, a native of Besrajara village under Bandarchua panchayat in the Kolebira police station area, was dragged out of his house by over 200 residents of neighbouring Bambalkera village and beaten up over the allegation of tree felling before being set on fire at the backyard of his house. The fervent pleas of Sanju’s wife Sapna Devi and mother Dhanmayik Devi were ignored.

Local police sources said Sanju had links with Maoist groups and had cases lodged against him in local thana. They said Sanju used to threaten villagers who protested against the felling of Sal trees in the forest. The villagers had approached local forest officials on the issue, but no action was taken, sources said. This led to a gram sabha (village meeting) in which it was decided that Sanju needed to be punished, they added.

“He had links with Maoist groups but that does not give villagers the licence to take law into their own hands. We will nab all persons involved in the incident soon,” Simdega superintendent of police Shamz Tabrez said. On the complaint lodged by the deceased’s wife, the police have registered an FIR against 15 named persons, including village head Shuvam Budho, and 200 unnamed persons.

However, till the filing of this report, no arrest had taken place. Kolebira Congress MLA Naman Kongari condemned the incident. “It is an unfortunate incident. The villagers had informed the forest department and the police administration but they did not take any action. Sanju Pradhan used to intimidate villagers. This incident would not have taken place if the forest and police department had acted on the villagers’ complaint,” Kongari added.

The Jharkhand Assembly had passed an anti-mob lynching bill in the winter session in December last year.