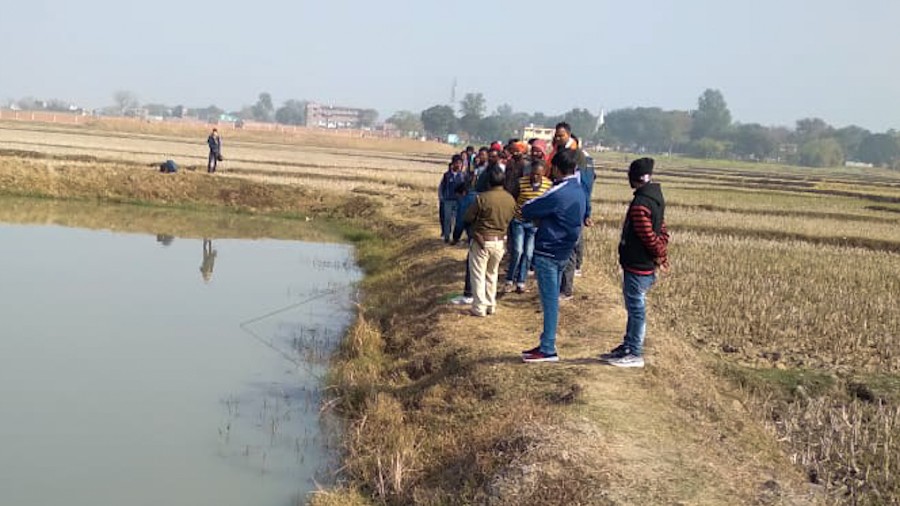 Ranchi police have recovered a severed head from the farm of Sheikh Bilal, the man suspected to have murdered a girl whose headless body was recovered from Ormanjhi nine days ago, but are awaiting test results to confirm that it’s the victim’s.

Senior SP S.K. Jha told reporters on Tuesday that they were using medical and forensic teams to confirm the connection. “We suspect the head to be of that of the deceased but unless it is clinically and scientifically proven, nothing can be said for sure,” he said.

Police deployed a dog squad at Bilal’s village in Chandwe Basti under Pithoria police station area since morning. The breakthrough came in the afternoon when the head, wrapped in a jute bag stuffed with salt, was recovered.

SP (rural) Naushad Alam said investigations took a turn after a woman from Chanho approached police, saying she feared the deceased was her daughter because of certain circumstantial evidence. She identified the deceased on the basis of a burn mark on her leg, the result of childhood mishap while working in the kitchen.

The woman also told police that her daughter got married to her lover, identified as Khalid, who was from a neighbouring village, 10 months ago. However, the two separated two months back after she learnt that Khalid was already married to someone else.

Later, she fell in love with Sheikh Bilal and started living with her. The woman’s statements led police to suspect Sheikh after which they decided to release his pictures in the media as a prime suspect. “Efforts are on to nab Bilal,” said Alam.

The murder triggered an outrage in Ranchi with both ruling and Opposition camps criticising each other over growing “lawlessness” in the state. Several protests and demonstrations were held across the district.