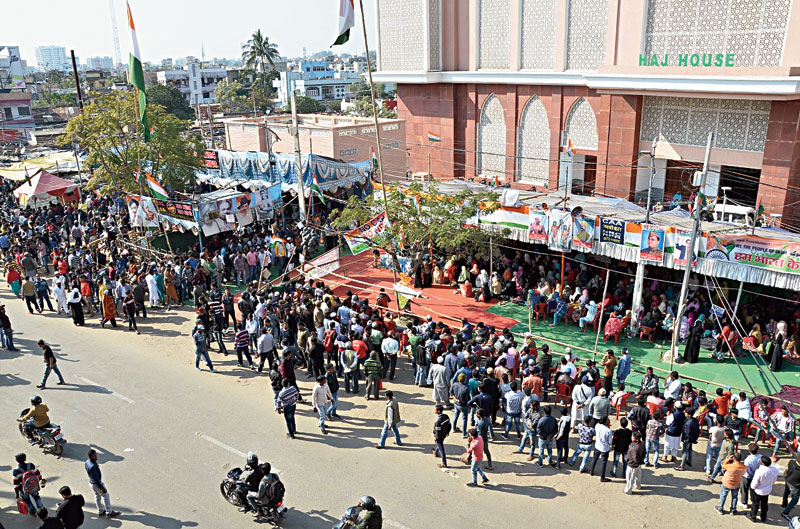 Panic prevailed at Kadru, where women have been on a continuous sit-in protest in front of the Haj House since January 20 against the new citizenship matrix, on Monday morning when word got around that a procession by saffron groups was headed to the area.

Around 11am the women, who are protesting against the Citizenship (Amendment) Act (CAA), the National Register of Citizens and the National Population Register, began calling up their near and dear ones frantically, scared that the pro-CAA procession headed their way would endanger their security.

Within an hour, men outnumbered the women who have been on a continuous protest like Shaheen Bagh in Delhi. Police came to know and rushed to the area.

“Around 3pm it became be clear that it was a rumour that spread due to a news published four days ago that the Hindu Jagran Manch would take out a march in Kadru locality in support of the CAA,” a close relative of a protester said, requesting anonymity.

Argora police station officer in-charge Binod Kumar said: “We rushed to the spot anticipating trouble and after checking we found it was a rumour. We are trying to identify the person who was the first to receive the information. The peaceful protest is still continuing.”