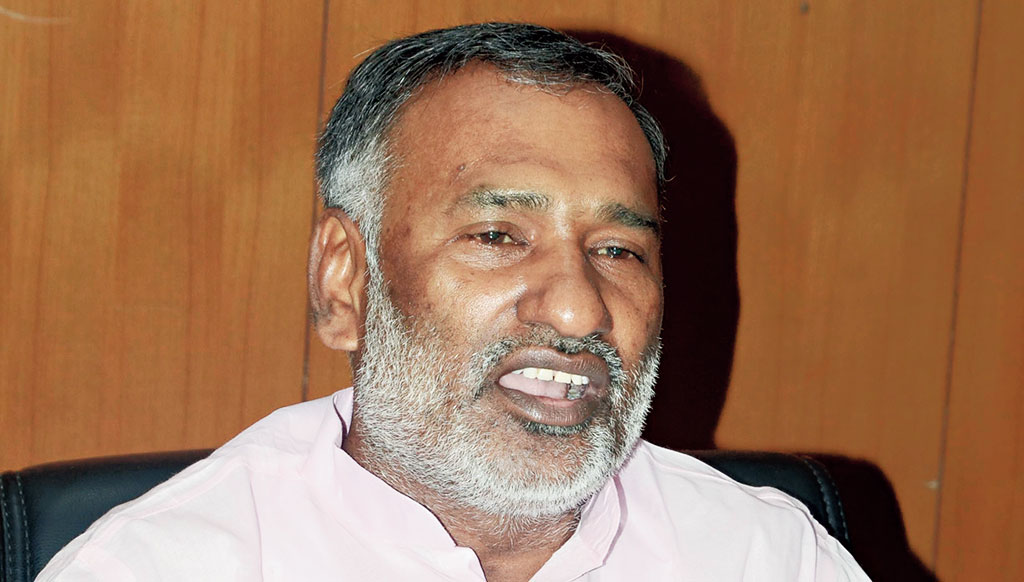 The National Commission of Scheduled Castes has directed the Ramgarh district administration and the railways’ Dhanbad division to ensure compensation and justice to railway employee Ashok Ram, who was shot dead along with his wife Lilavati Devi and pregnant daughter Meena Devi by Railway Protection Force constable Pawan Kumar Singh at the railway colony in Barkakana a fortnight back after a dispute over pending dues for milk.

A team of the Commission led by member Yogendra Paswan visited Ashok’s surviving family members, daughters Suman Kumari and Priyanka and sons Sanjay and Ramesh, in Barkakana on Monday.

“I had a meeting with DRM (divisional railway manager) of Dhanbad division along with SP (rail), the Ramgarh SP and the DC. Officials assured me that the accused will be arrested very soon. Meanwhile, the accused has been dismissed from the job and his bank accounts have been frozen,” Paswan said at a news meet on Tuesday at the state guesthouse in Ranchi.

Singh, who is said to be from Bihar, is absconding since then.

Paswan said that the railway has released Rs 9.47 lakh as gratuity to Ashok’s family and the remaining Rs 3.5 lakh will be paid after the family vacates the railway quarters.

“The railway has agreed to provide job to one member of the family,” Paswan said. “Ram’s wife was working as a contract worker at the Ramgarh district collectorate. The district administration has also agreed to absorb one member of the family on contract. The family of the deceased will get Rs 5,000 as pension. I have asked the district administration to provide a house to the family in Ramgarh under the Prime Minister’s housing scheme. The commission is keeping tab on the investigation and we have asked the railway and district police to ensure arrest of the accused and speedy trial of the case.”

He said sections of the Scheduled Castes and the Scheduled Tribes (Prevention of Atrocities) Act, 1989, have been added in the case.

“Under this there is a provision if a person of SC and ST is murdered the government will have to give Rs 8.25 lakh as compensation. The district administration has started the process and half of the compensation amount has been given and remaining will be released after police file the charge sheet and the accused is convicted,” he said.

PTI reported that on Monday, Paswan said: “Some police officers’ refusal to file FIRs under SC/ST (Prevention of Atrocities) Act, 1989 is a major concern for the commission.”

According to PTI, Paswan told reporters in presence of Ramgarh SP Prabhat Kumar and deputy commissioner Sandip Singh that his directive comes in the wake of reports from various states about alleged refusal by some police officers to lodge cases over atrocities against SCs.