No compensation for next of kin of Bagdigi mine mishap 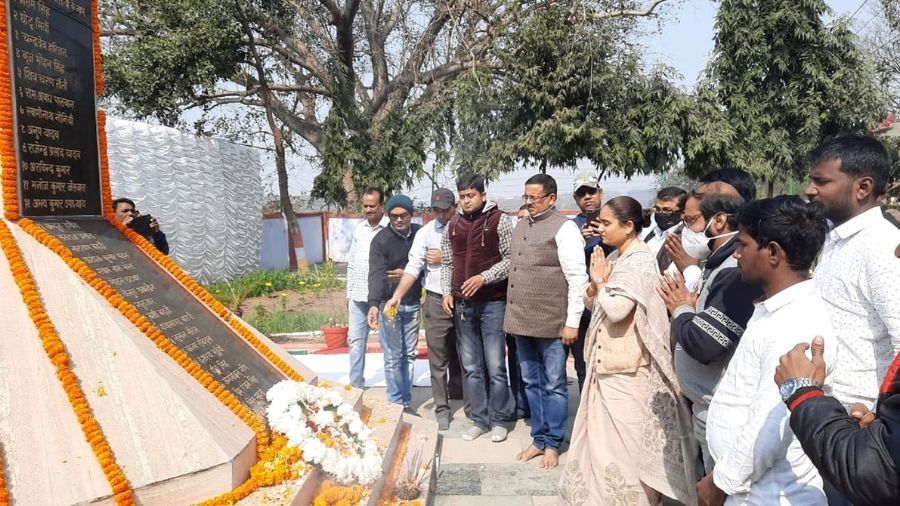 Relatives of 30 miners, all but one of whom had died after the Bagdigi mine belonging to Bharat Coking Coal (BCCL) was flooded due to a wall collapse in 2001, told the PSU authorities on Tuesday that they were yet to receive the full quantum of compensation.

“Although I have been provided a job on compassionate grounds at BCCL, but we are yet to get the Rs 9 lakh compensation and other benefits promised to us. My children were promised free education, which hasn’t happened. I have also not got any promotion in the last 20 years,” said Sunita Devi, widow of miner Santaram Prasad.

She was speaking to the media on the sidelines of a function held at Martyrs’ Memorial of Bagdigi to commemorate the 20th anniversary of the disaster. Among senior BCCL officials who attended Tuesday’s function were Director Personnel P.V.K.R. Mallikarjun Rao and GM safety A.K. Singh.

The lone survivor of the accident, Salim Ansari, who was rescued was rescued on February 8, 2001, seven days after the flooding, also accused BCCL of failing to fulfil its promises. Ansari, who has since retired from BCCL, said his son was yet to be employed.

Recalling the incident, Ansari spoke of how he “struggled” to survive in the flooded mine for seven days amidst darkness and the fear of death. “I was on duty on the seventh shift when suddenly water started gushing into the mine after there was loud bang. Somehow, I saved myself by sitting atop a mound of coal. But it was painful to see coworkers drown,” he said.

Ansari said that during the eight days in the flooded mine, he lost hope many times. “Gradually, I lost all hope of survival with no drinking water or food. Then, I heard voices of those in the rescue team. I shouted out for help, and finally, I was saved,” he recalled.

BCCL director personnel Rao said he has never seen such an accident in the 31 years of his service in the coal sector. But he reiterated that at BCCL safety was the prime concern.

“We pay our deepest condolences to all those who laid down their lives while working for the company,” Rao said.

The accident occurred on February 2, 2001 because of a wall collapse that led to the mine being flooded. Although a BCCL rescue team launched operations immediately, a special team of divers _ from Mumbai _ was deployed after three days to fish out bodies of the miners.

Ansari was rescued seven days after the mishap on February 8. The mine has been lying closed ever since.