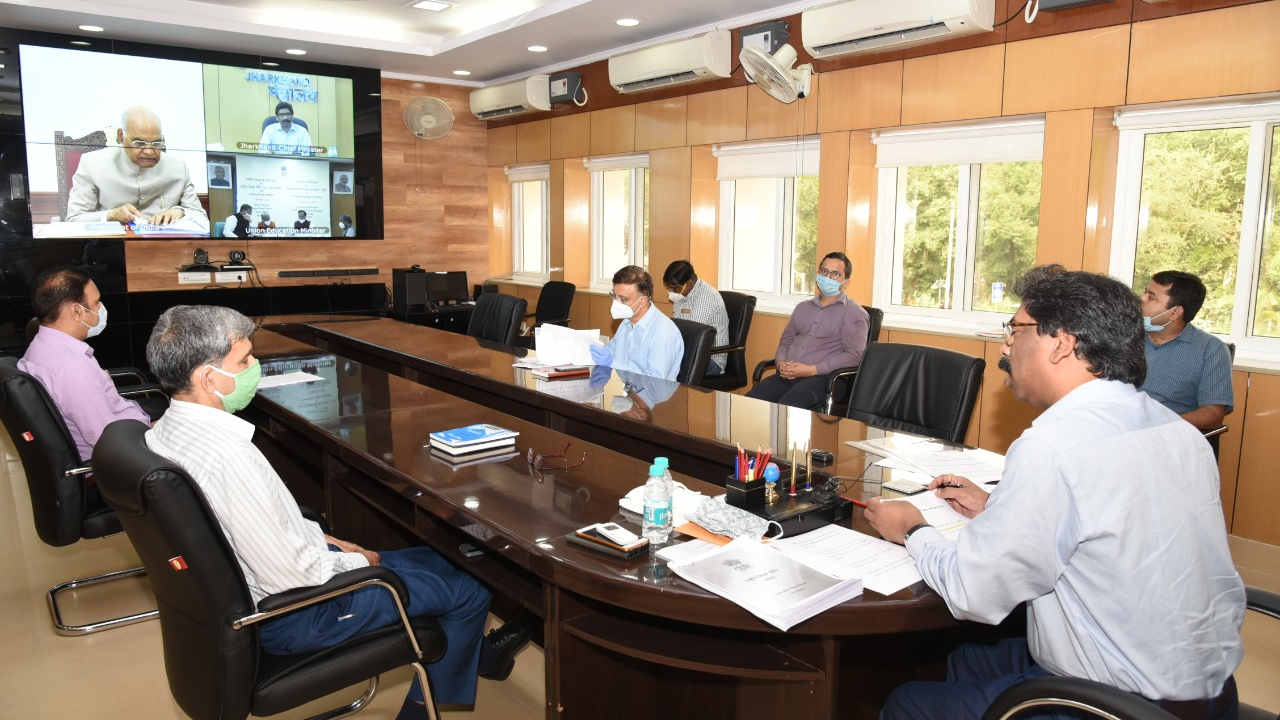 Chief minister Hemant Soren expressed the fear that National Education Policy (NEP), if implemented in its current form, may not offer a level playing failed to many deserving candidates from poor backgrounds.

Hemant, who attended the “Governors Conference on the Role of NEP in Transforming Higher Education” earlier on Monday, also said that the Centre should have consulted states before framing the policy, as education features in the concurrent list of the Constitution.

Pointing to several “drawbacks” in the NEP, Hemant described it as pro-privatisation and wondered why the Union government did not take into confidence all the state governments and major political parties before drafting the policy.

Stating that the Centre’s move was yet another attempt at hurting cooperative federalism, Hemant questioned Prime Minister Narendra Modi and the BJP for changing their earlier stand against privatisation in education.

Monday’s virtual meet on NEP saw the presence of President Ramnath Kovid, Prime Minister Narendra Modi, Union HRD minister Ramesh Pokriyal, among others, from Delhi. Governor Droupadi Murmu, along with Hemant, represented Jharkhand as did other constitutional heads, chief ministers and education ministers of other states.

The policy does not mention clearly how students from tribal communities and marginalised sections would benefit from its provisions, he said during his address at the meet.

"Only those languages that figure in the eighth schedule of the Constitution have been included in the list of classical languages in NEP. That leaves out several other languages spoken by different cross-sections... Injustice is being done to them," Hemant contended.

"India is a diverse country, and each state has its unique requirements. The Centre should have held consultations with each of these states with an open mind. No state should feel that the policy was being imposed on it," he explained.

"The Union government is inviting international institutes to the country, as part of the policy. However, NEP does not say much about how it would be safeguarding the interests of the marginalised sections," he added.

Three days ago, the CM had written to the prime minister, highlighting the "withering trust" between the Centre and the states over GST compensation payment.

Hemant requested the PM to intervene and “reinforcing the trust” in the spirit of cooperative federalism.

The NEP, approved by the Union Cabinet in July, replaces the 34-year-old National Policy on Education framed in 1986 and is aimed at paving the way for transformational reforms in school and higher education systems.

Modi, during his address, said "maximum flexibility" has to be shown in implementing the policy.

The PM also said that it is natural for stakeholders to have questions about various aspects of the policy and "we are all working to address all these questions".