The Nat Geo team will discuss a timeline for shooting the documentaries, depending on the climate and other factors 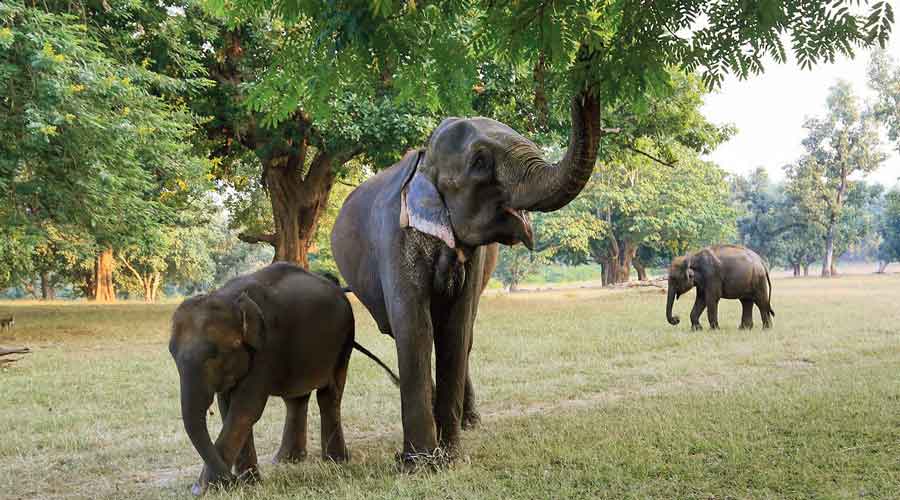 The Betla National Park in Latehar that is likely to feature in one of the documentaries.
Manob Chowdhury
Animesh Bisoee   |   Jamshedpur   |   Published 27.11.21, 12:13 AM

The culture, picturesque scenery and adventure hotspots of Jharkhand will soon be showcased on a global platform through the National Geographic television channel.

The Nat Geo team will arrive in Ranchi on Monday for a meeting with senior officials of the Jharkhand information and public relations department and ink a formal agreement for making documentaries on the state’s wildlife, adventure hotspots, people and culture and pristine Jharkhand.

“Earlier in 2014, a short film  of nearly 43 minutes was made by the Nat Geo team to showcase the state’s potential. But this would be the first occasion when Nat Geo will be making four documentaries on four different aspects of a state. The team from Nat Geo TV will hold discussions on Monday and Tuesday with government officials. They will also have a discussion with the chief minister’s office before inking a formal agreement,” said a senior official at the chief minister’s secretariat.

The Nat Geo team will discuss a timeline for shooting the documentaries, depending on the climate and other factors.

“Ideally, we would have liked the documentaries to be shown on the global platform before the tourist season which peaks between December and April across Jharkhand. However, things will depend on the availability of the Nat Geo teams and the climate of the state and other logistics for the shooting. As of now, each of the documentaries would be of less than 10 minutes,” said the official.

The National Geographic channel, produced by the National Geographic Society, broadcasts in seven languages. Earlier this year, it had made a series of documentaries, along with actor Radhika Madan, capturing the grandeur of Arunachal  Pradesh which was telecast on February 20 on the statehood day of the Northeast state.

The Jharkhand cabinet on Thursday evening had given its nod to a proposal to relax rules for the payment to Nat Geo.

“The motive behind the documentaries is to help the state reach people globally. The Jharkhand government would pay over Rs 2.37 crore plus GST to National Geographic for  producing documentaries on the state’s culture, people and wildlife,” said cabinet principal secretary Vandana Dadel.

The amount will be paid to National Geographic for making special documentaries on Jharkhand.

Sources in the state information and public relations department said that the state would try to persuade National Geographic to broadcast the documentaries in timeslots that can gain the maximum viewership.

“The idea is to promote Jharkhand for both tourists and investors on an international platform and clear the wrong perception about law and order and the Maoist menace. Everything would be chalked out during the meeting with the Nat Geo team — the locations, the shooting dates and other logistics,” said an IPRD official who will be part of the core committee to finalise the documentaries.