Monsoon to bid goodbye around October 10 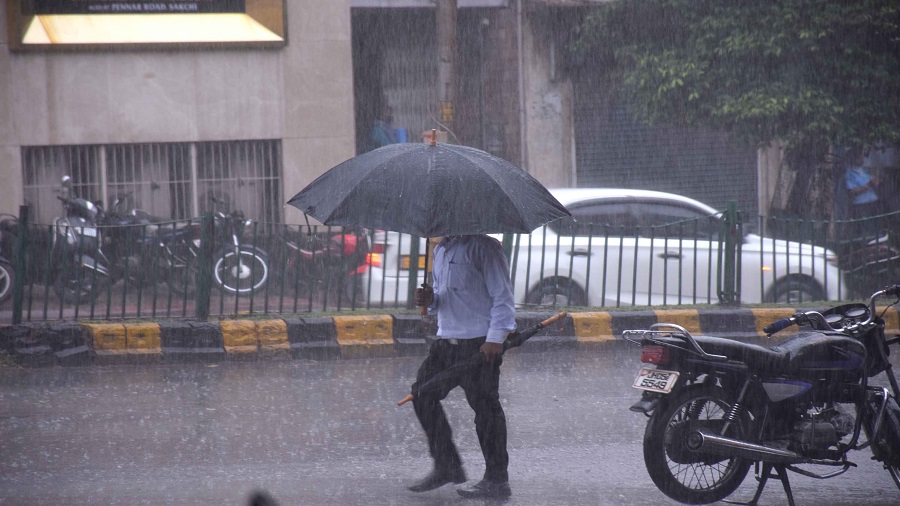 One umbrella can barely protect this pedestrian from the heavy showers at Bistupur in Jamshedpur on Wednesday
Bhola Prasad
Pinaki Majumdar   |   Jamshedpur   |   Published 23.09.20, 10:04 PM

The southwest monsoon is expected to bid adieu to Jharkhand by early October, which IMD officials described as normal on Wednesday.

Unlike last year when the monsoon overstayed in Jharkhand for four days till October 14, this year, the withdrawal is expected around October 10.

"Usually the monsoon withdrawal starts from Rajasthan. But today's Met studies indicate that conditions are favourable and that the withdrawal process is likely to begin from north western parts in another 48 hours. In that case, the season of rains would exit from Jharkhand around October 10," said a senior official at the forecasting wing of IMD-New Delhi.

In 2017, the monsoon withdrawal from Jharkhand was delayed by five days and in 2016, there was a delay of nine days.

On Wednesday, there was widespread rain across Jharkhand for the third consecutive day because of an active monsoon, coupled with the impact of a low-pressure system originating in the Bay of Bengal.

Most places in the Kolhan region, including Jamshedpur, Ghatshila and Seraikela, experienced a good shower show. The local IMD observatory in Jamshedpur recorded 25 mm rain on Wednesday.

According to Met data, Rajmahal in Sahebganj district recorded the highest rainfall of 116 mm in the past 24 hours. Papunki, Putki and Topchanchi in Dhanbad district and Chas in Bokaro district recorded over 60 mm rain .

There were reports of moderate rain in Simdega, Dumka, Ramgarh, Gumla, Pakur, Deoghar and other districts.