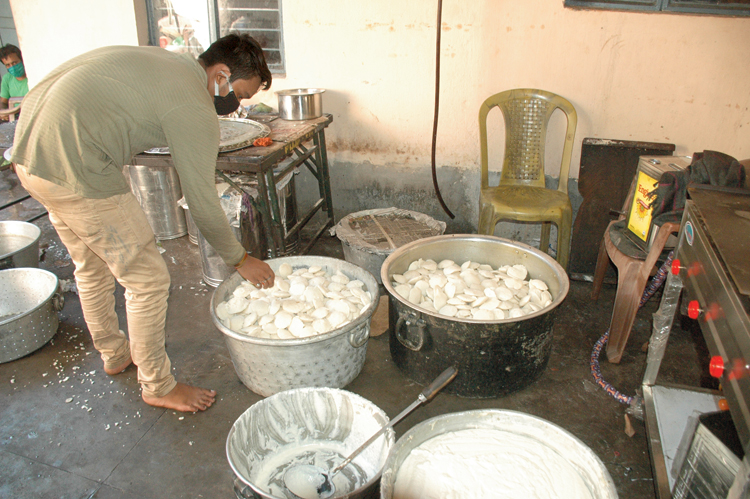 The needy, who received khichdi in the afternoon and puri-sabji in the evening during the lockdown for free by Jamshedpur East MLA Saryu Roy, will now get a change of menu.

“We had been distributing free food packets at the doorstep of needy persons on the basis of a survey done by our mohalla (locality) leaders since March 27. We decided to change the menu so that the poor have something to look forward to in these tough times,” Roy said.

“We will try our best to change the menus daily. We have given 1.85 lakh food packets not only in my constituency (Jamshedpur East) but also to the needy in Jamshedpur West (my previous constituency) in the last 41 days,” said Roy.

The food is cooked at Roy’s Bistupur residence with support of the Subernarekha Vikas Trust and Bharatiya Jan Morcha (an outfit floated by the MLA after defeating then CM Raghubar Das).

Roy said residents at Babudih in Bhuiyandih under Sidhgora police station gheraoed him this afternoon when he was returning after giving food packets over the removal of water supply pipes laid in their locality. “I will ask the district administration for a probe,” Roy said.

Over 20,000 workers in and around the steel city are jobless during lockdown. Anybody in need can contact the district control room for food packets.