In Hazaribagh, the district administration started screening the man’s relatives 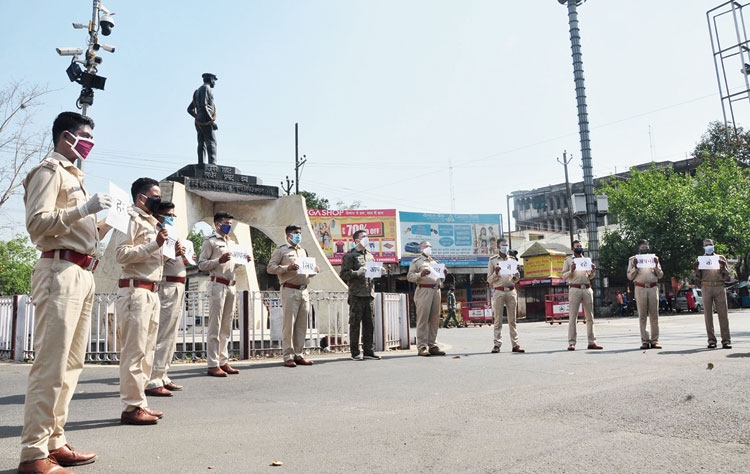 The number of confirmed novel coronavirus cases in Jharkhand rose to two on Thursday with a 52-year-old man who had hitchhiked from Asansol in Bengal to his village in Hazaribagh district, a distance of around 200km, testing positive.

The case highlighted the plight of those stuck in the lockdown and the need for more testing of those returning from other states.

The sample was tested at RIMS here.

“As many as 16 samples had come from Hazaribagh yesterday (Wednesday). After testing 15 were found negative for the novel coronavirus while one was found positive,” a RIMS official said, requesting anonymity.

“The man had come to Hazaribagh from Asansol (in Bengal) and was in isolation since then. He has tested positive,” Kulkarni told The Telegraph over phone when contacted.

Hazaribagh district civil surgeon Dr Krishna Kumar said the patient had come from Asansol on foot and had been brought to Hazaribagh Medical College and Hospital.

“We observed symptoms of Covid-19 in him and took his sample on March 31 and sent it to RIMS for test the next day,” the civil surgeon said, adding that the patient was under treatment in isolation.

An official at the civil surgeon’s office said: “The local administration has become extra alert.”

In Hazaribagh, the district administration started screening the man’s relatives.

The son of the patient said his father was working with a transport company at Asansol. After the lockdown, without work and told to go home, he started his journey to Hazaribagh on March 29 morning.

Hitching rides from truck drivers and walking several kilometres, he reached his village on March 30 evening.

The next day, he complained of breathlessness and cough. The family took him to Hazaribagh Medical College and Hospital, some 65km away.

The son said his father went to Asansol around nine months ago. “We are in shock and find it hard to understand how he got infected,” the son said. “When he complained of uneasiness, we thought it was the result of the arduous journey he had made.”

Doctors in Hazaribagh said they will send the man to RIMS, Ranchi, on Friday.

Health department officials said they had started screening all those the patient had met after reaching his village. The area will also be sanitised, the officials said.