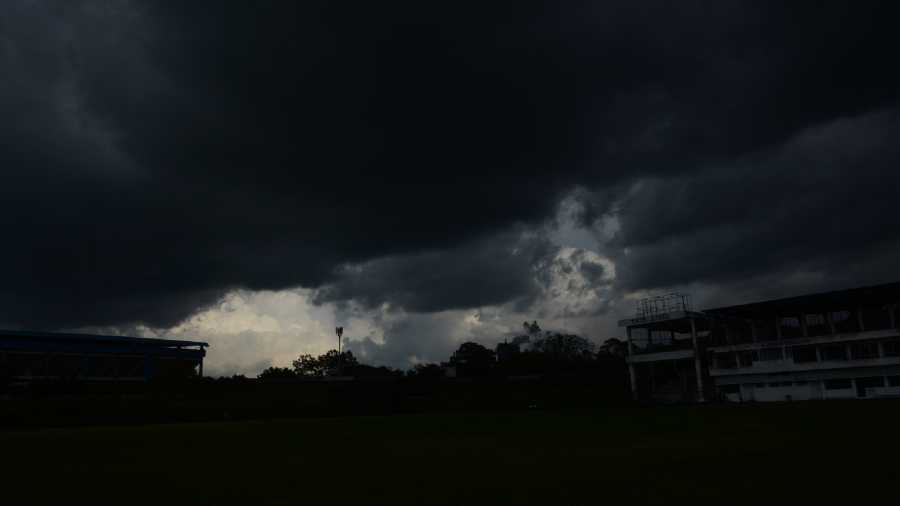 A low-pressure area which formed over Bay of Bengal resulted in rain across several parts of Jharkhand on Monday.

Several places, including Ranchi, Jamshedpur, Dhanbad and Bokaro, woke up to overcast conditions with intermittent rain accompanied by wind blowing at speeds of 20kmph-25 Kmph.

Rain due to the influence of the low pressure lashes steel city on Monday.
Bhola Prasad

"The impact of the low-pressure would remain for the next 24 hours or so as it is likely to move northwest wards during the next 48 hours. We are also expecting heavy rain at a few isolated pockets of the state in the next 24 hours," said Abhishek Anand, head of IMD's Ranchi Meteorological Centre.

The Met office also issued an alert of thunder and lightning in various districts during the next 24 hours.

On Monday, the monsoon trough at mean sea level was passing through Bikaner, Jaipur, Guna, Gondia, Gopalpur, stretching up to east central Bay of Bengal. The forecast suggests formation of another back-to-back low-pressure zone this weekend.

Rain data suggests that so far, Jharkhand has received 803.8 mm rain against a normal of 876.9 mm, a deficit of eight per cent.

Weathermen said the expected good spell of rain due to the impact of the prevailing low-pressure was likely to bring down the deficit.