The JVM contested 81 seats and won three this time 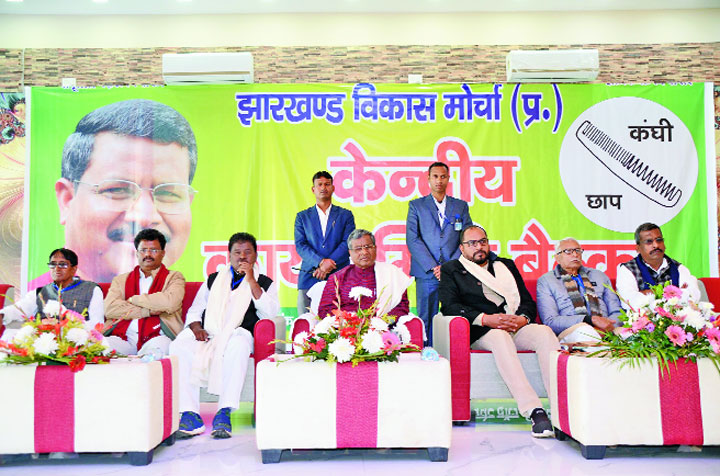 JVM chief Babulal Marandi on Sunday dissolved his party’s central working committee and those at the grassroots, raising fresh speculations that his party would merge with the BJP, which he left in the mid-2000s on a sour note.

On record, Marandi and his party workers denied any merger with the BJP. Marandi said the party committees were dissolved as he wanted to “reorganise and expand afresh”.

The BJP, on the other on Sunday postponed electing its leader of the Opposition till after January 14 to “tide over an inauspicious time”.

Over 150 members of the state working committee of the JVM took part in the meeting at a capital banquet hall.

JVM MLA Pradeep Yadav opposed the dissolution of the committee and said the working body could be reorganised without the drastic step. Other leaders defended the decision.

The JVM contested 81 seats and won three this time.