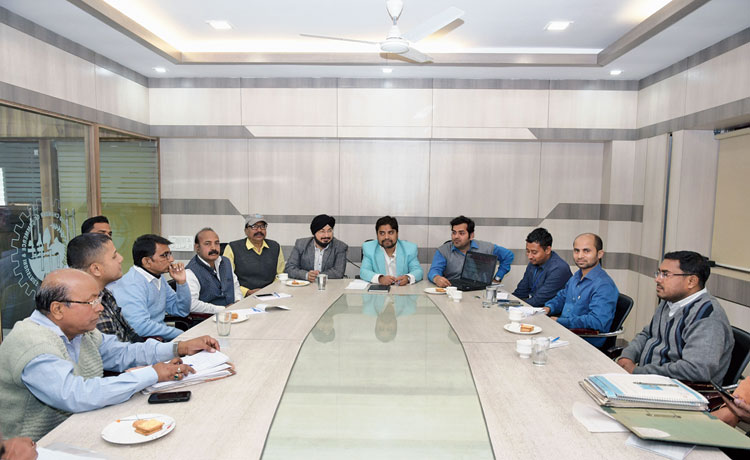 Jharkhand State Pollution Control Board (JSPCB) organised a helpdesk at Chamber Bhavan in Ranchi on Wednesday.

The helpdesk, organised on the initiative of the Federation of Jharkhand Chamber of Commerce and Industries (FJCCI), was meant for apprising the operators of hotels, restaurants, wedding and banquet halls, dharmashalas or ashrams about environmental norms they need to follow.

“It was actually a hand-holding exercise and also an interaction session for apprising such operators about the norms they need to follow,” Ashutosh, consulting executive of the JSPCB, later said about the purpose of the helpdesk.

There are many things these operators need to implement but are not aware about, he said, adding that the JSPCB team that conducted the helpdesk also informed the operators about those points.

Such operators need to obtain the JSPCB's consent to establish before establishing any such establishment and also consent to operate for running those, he explained.

These are given to such operators after considering the number of rooms their establishments have, besides pollutant emission, waste generation and effluent discharge those will cause and certain other parameters, he explained.

The functioning of water treatment plant and boilers where required are also considered before issuing consent letters, he explained.

“It was a fruitful session,” said Neeraj, who established Swarn Bhumi, a banquet hall, at Dangratoli in Ranchi.

“I've applied for and am now waiting for getting their clearances,” he said, adding that his queries related to the norms were also answered by the pollution control board officials satisfactorily.

“Such helpdesks should be conducted at regular intervals as that would really help operators of hotels, etc, know about latest norms that are required to be followed,” said Mukesh Kumar, chairperson of the pollution sub-committee of the FJCCI, who also attended the event.