Elsewhere in the state: Truck driver dies after collision 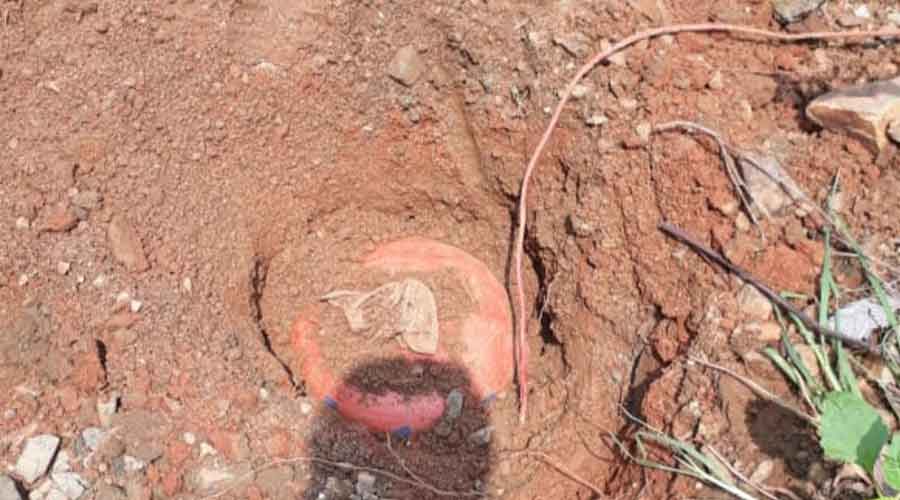 Jamshedpur: In a significant breakthrough against rebels, the police and paramilitary forces recovered 14 landmines from Dalma hills on Saturday evening.

The landmines were detected during a special anti-insurgency operation carried out by East Singhbhum district police and paramilitary forces in the Bodam thana area of Dalma about 30km away from the heart of the city.

Superintendent of police (City) Subhash Chandra Jat, who is also in-charge as SP (Rural) confirmed about the recovery of the landmines from Dalma hills.

"During a special operation in Dalma hills, the police and paramilitary forces detected landmines Bodam thana area of the hills. There were in all 14 landmines, weighing six kgs each, suspected to have been planted by the outlawed naxal outfit CPI (Maoist) targetting the paramilitary forces, "said Jat, adding that all those IEDs have been defused.

The spot on GT road where the accident took place in Hazaribagh on Saturday.
Vishvendu Jaipuriar

Hazaribagh: A truck overloaded with iron met an accident on GT road in Danua Ghati of Chouparan killing the driver and cleaner on the spot.

Police officials said the truck was travelling at a high speed while crossing Danua Ghati known for accidents. Due to high speed, driver Umesh Kumar, a resident of Champaran in Bihar lost control of the vehicle hitting the divider. Due to collision and overload, the truck got dismantled.

Driver Umesh and cleaner Chandrashekhar Kumar died on the spot. Police took the dead bodies and sent it for postmortem to Hazaribagh medical college and hospital.