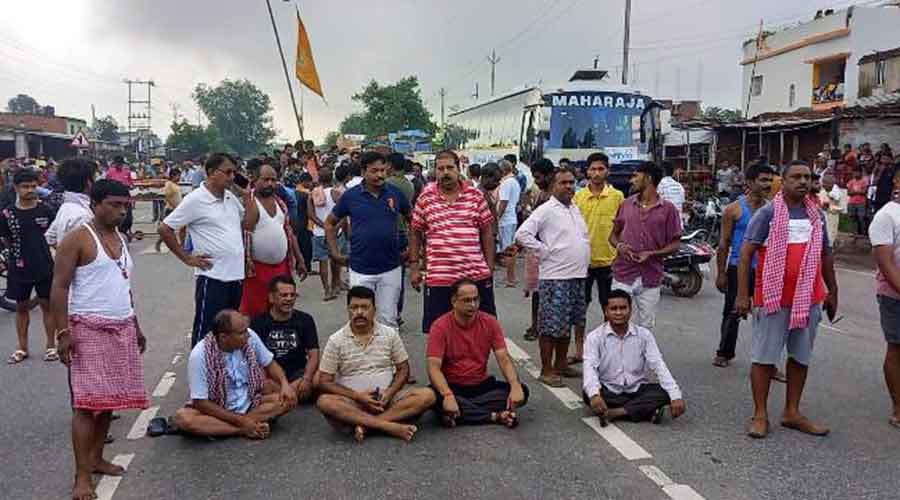 Bokaro: Two persons were killed when a speeding truck first hit a bicycle rider and then a person riding a scooty near the Bari-Cooperative intersection under City police station of the district.

Following the incident, the local residents blocked the National Highway-23 (Bokaro-Ranchi) demanding the installation of a breaker at the spot so that such mishaps can be avoided.

The agitators kept the bodies on the road and blocked it for about two hours. It was only after SDO Chas Dilip Pratap Singh Shekhawat, DSP City Kuldeep Chaudhary, Circle Officer and MLA Biranchi Narayan came to the spot and assured possible help to their demands the jam was lifted. 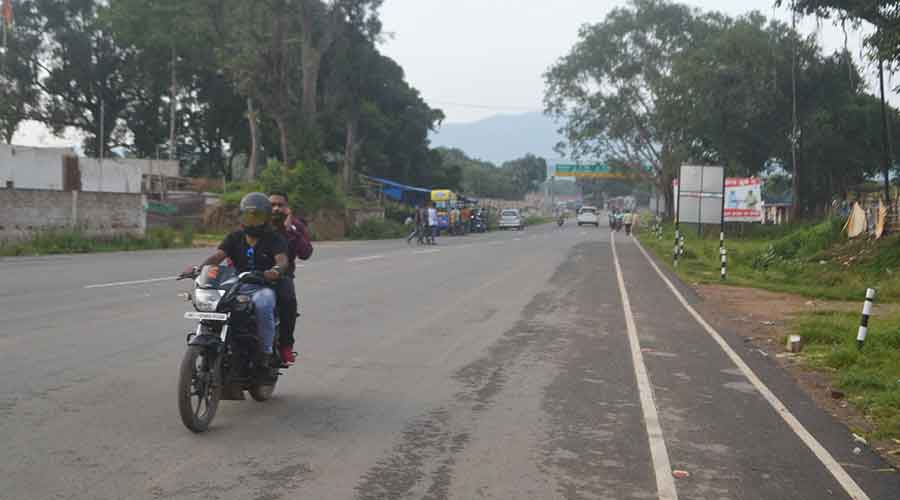 Jamshedpur: The Dobo-Kanderbera road linking steel city's Sonari area with NH-33 in adjoining Seraikela-Kharsawan district is to be converted into a four-lane from a double-lane.

Set up in 2018, the Dobo-Kanderbera road passes through the Domuhani Bridge over Subernarekha River along Sonari. As the distance to reach upto the point of Kanderbera on the NH-33 has reduced by 20km for the commuters going to Chandil, Ranchi and even for Patna route, more and more cars, buses and other commercial as well as industrial vehicles from the steel city tend to ply through the Dobo-Kanderbera road.

The Road Construction Department's (RCD) Seraikela-Kharsawan division has sent a proposal to this effect to the department's state authority recently in view of increasing vehicular traffic on the Dobo-Kanderbera road.

"In response to the circular, we stressed on the Dobo-Kanderbera road for converting into four-lane lane and even have sent proposal to this effect,"said Nirmal Singh, Seraikela division executive engineer, to The Telegraph Online.

The executive engineer said they have mentioned in the proposal the need of converting this double road into a four-lane because the vehicular traffic movement on it has increased manifold and will continue to be so in the days to come.

Elaborating on the proposal, Singh said that the seven-kms-long Dobo-Kanderbera road has not only been proposed to be four-lane, but installation of a street lamp system has also been proposed.

He stated that once the proposal is granted the department will start preparing a detailed project report for it.

There are 17 sambhars in the 'Sambhar Soft Release Centre' in the Bareysarn range of the tiger reserve.

The Sambhars were brought in here from the Bhagwan Birsa Zoological Park Ormanjhi in Ranchi in 2016 -17.

Mukesh Kumar deputy director South division of the tiger reserve Palamau said, "The NTCA has put an embargo on 're-wilding' of the Sambhars."

He said the NTCA has a point that these sambhars are of the zoo and hence they can't be released in the jungles where it will be too difficult and hazardous for them to survive the rigour of the wild living.

Mukesh Kumar said, “This embargo of the NTCA has left us in a no win situation.”

Sources said sambhars are the most sought after preys of the tiger after the deer but PTR has no sambhar except these 17 which are in the soft release center in the Bareysarn range of the Palamau tiger reserve.

These sambhars are beyond the preying of the carnivores as their enclosure is well walled and wired where big animal like elephant or treacherous hyena or jackal or faster leopard can't afford to get in as this enclosure is under 24x7 watch of the trackers here round the year. Snakes are exceptions. 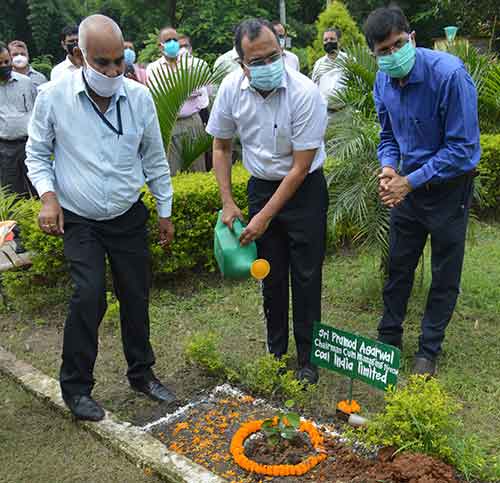 Dhanbad: Pramod Agarwal, chairman of Coal India Limited, who was on a two-day trip to Dhanbad on Thursday visited Block-2 of BCCL in Baghmara block and inspected the ongoing construction of Madhuban Coal Washery of five MT capacity.

He held a detailed discussion on the site with the functional directors of M/S HEC Limited, entrusted with the task of developing the plant on behalf of BCCL, and instructed them to complete the project on time which has already been delayed.

“Though the washery project is delayed but we expect that the testing work from the washery would begin from September and finally the production is likely to begin from December this year,” he said.

The project worth Rs 3.28 crore was also kept as top priority during the second term of Narendra Modi government with a deadline of September 2019 but could not be completed till date due to several procedural hurdles.