Tepid vote, a few stand out 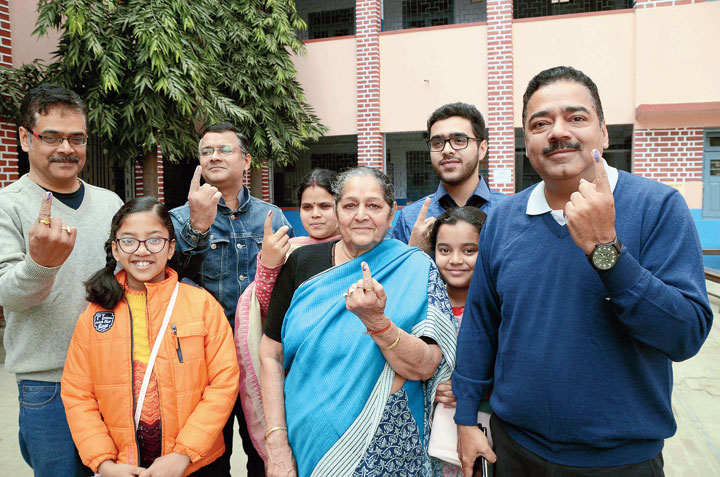 The state capital recorded a voting percentage of 49.1 per cent — the lowest among the 17 seats that voted in Phase III — according to figures provided by Jharkhand chief electoral officer Vinay Kumar Choubey at 7pm on Thursday.

The city’s polling percentage was slightly higher than the 48.63 per cent recorded in the 2014 Assembly elections.

A number of voters who could perhaps have justified their absence at the polling booth were seen exercising their right with enthusiasm.

“I went straight to the polling booth after my duty ended at 2pm after 36 hours. During 36 hours of duty I did seven lifesaving operations besides other work,” Kumar said.

Dineshwar Prasad, 79, a resident of Gandhi Nagar in Kanke constituency, came to vote at the Gyanoday Middle School in his locality on a wheelchair.

Sabia Imam, 90, widow of a noted footballer and advocate of the city, Ali Imam, was another committed voter.

“Election is like a festival for me. When I was young I often used to insist to cast two votes and my husband used to scold me for that demand. That enthusiasm still exists in me,” said Sabia, who voted at the Azad High School in Karbala Chowk.

“There are 1,951 voters in my booth due to irrational distribution of voters and there is just one EVM. Due to this polling is very slow in my booth,” Khan said around 2pm. “I am standing in the queue for the last two hours. In case I do not exercise franchise I can justify the action but I will not do so.”