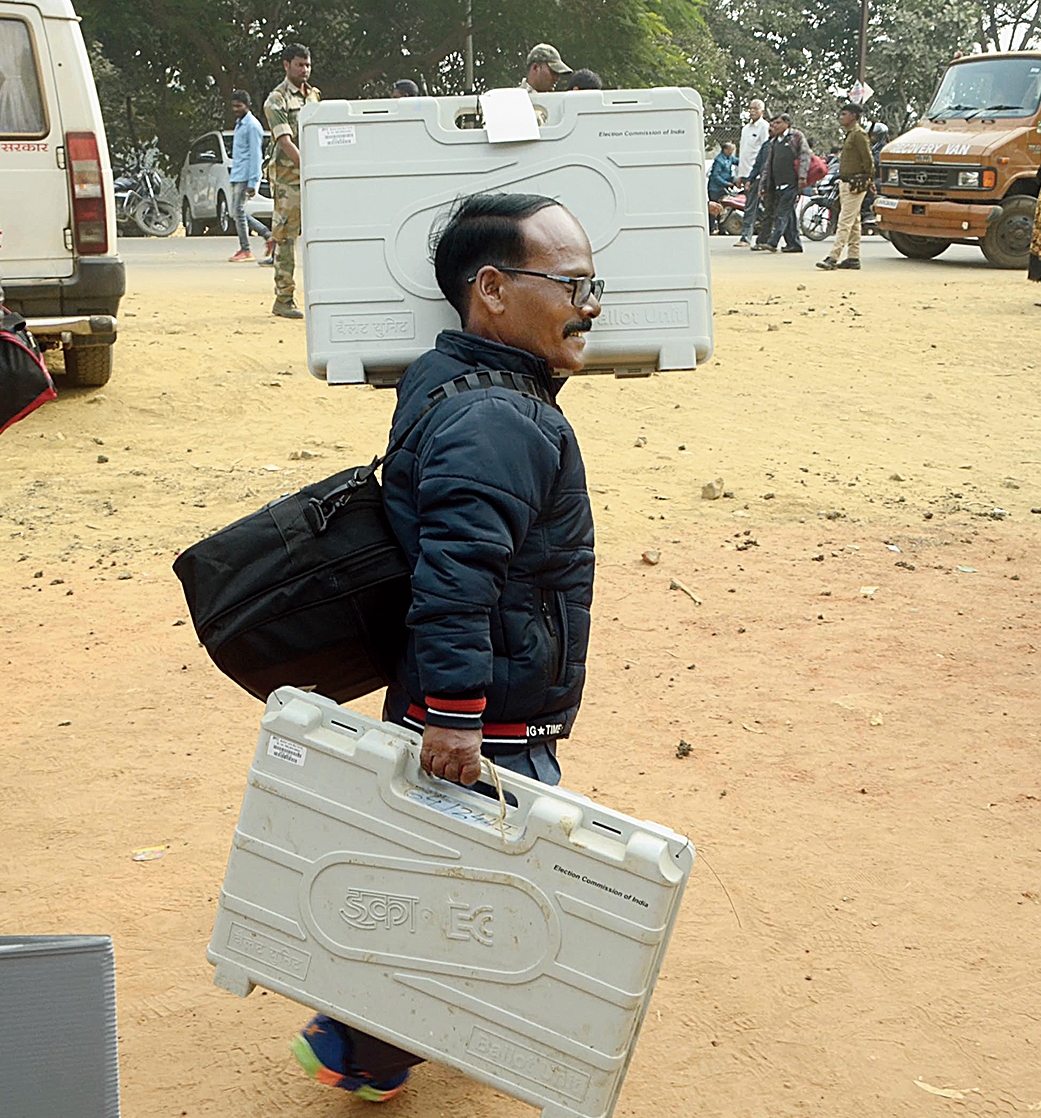 The third phase of the Assembly election, covering 17 seats, will determine the political future and the fate of chief ministerial ambitions of Ajsu Party president Sudesh Mahto and JVM chief Babulal Marandi.

Marandi and Sudesh Mahto have lost at least three elections each since 2014 with humiliating margins. Marandi lost the parliamentary elections in 2014 and 2019. And in the 2014 Assembly elections, he lost both from Dhanwar and Giridih.

This time, Marandi is contesting only from Dhanwar.

“Contesting two seats was a strategic mistake that he decided not to repeat this time,” said a close aide of Marandi. “We are treading very cautiously and as per the feedback we are winning the Dhanwar seat. We had won this seat in the 2009 Assembly election. He (Marandi) now looks very confident and his body language has changed. He has hinted us that we are going to be kingmakers in the government-formation exercise.”

Dhanwar, in Giridih district, is among the few bastions of the Left parties. Sitting MLA Raj Kumar Yadav of the CPI (ML) is contesting once again from this seat.

Like Marandi, Mahto also faced resounding defeat in the 2014 parliamentary election from Ranchi. In the 2014 Assembly election he lost his home borough Silli at the hand of Amit Mahto of the JMM. Even in the Silli by-poll held last year, he was defeated by Seema Devi, wife of Amit Sudesh is now contesting from Silli against Seema.

Not only the BJP, but also UPA partners are baying for the blood of Marandi and Mahto because the duo’s poll success will surely change post-election dynamics.

The third phase is also being seen as a kind of referendum on the performance of urban development minister CP Singh and HRD minister Neera Yadav.

Singh is seeking his sixth consecutive term, and is up against Mahua Maji of the JMM. Even if Singh has a satisfactory track record as minister of the department, but the state capital’s civic woes haunts him in the poll campaign.

The Opposition vote is set to be divided among the JMM, Barsha Gari of the Ajsu Party, and Sunil Kumar Gupta of the JVM. There is a possibility of slight division of the Muslim vote with the Indian Union Muslim League fielding Shahjadi Khatoon.

A businessman-turned-politician, Pawan Kumar Sharma, in the fray will also lead to a division of votes of the trader class, considered traditional BJP supporters. Sharma is former president of the apex business body of the state, the Federation of Jharkhand Chamber of Commerce & Industries.

“Sharma will end-up damaging us with around 4,000 votes,” said a Ranchi BJP worker. “Two MPs of the party are working behind the curtains to prop up Sharma owing to their personal differences with Singh.”

For Neera Yadav, the issue of para-teachers and merger of schools will haunt. Para-teachers have long been agitating for regularisation, pay hike and other facilities. They called a month-long strike and police had lathicharged their protest during the state’s foundation day in November last year.

The Ramgarh and Mandu seats are also high profile.

In Ramgarh, the Ajsu Party has given the ticket to Sunita Choudhary, wife of former Ramgarh MLA and former drinking water and sanitation minister Chandra Prakash Choudhary, who is now an MP.

The BJP and the Congress have fielded Rananjay Kumar and Mamta Devi respectively from Ramgarh.

Teklal, one of the senior and founder members of the JMM, had won this seat in 2009. After his death the JMM fielded his younger son, Jai Prakash, in the by-election held in 2011 and he was appointed as minister in the Hemant Soren-led government. The decision had left Ram Prakash disappointed. The JMM repeated Jai Prakash in the 2014 Assembly election and he won this seat. In the Lok Sabha election this year, Jai Prakash openly campaigned for BJP candidates and he joined the party in October. The Ajsu Party, meanwhile, has fielded Nirmal Mahto.

“We are winning both (Ramgarh and Mandu) seats with a comfortable margin,” said Ajsu Party president Sudesh Mahto. “This phase will spring a surprise for our rivals because people have decided to vote for the Ajsu Party.”

The JMM is seething to take revenge on Jai Prakash. “

What was his credibility and who knew him in the public field? We gave him honour and even ministerial berth considering he is son of our late senior leader but he cheated that trust and the people. He has lost credibility and he will be defeated by the people who had once voted him,” said JMM central general secretary Vinod Pandey.

In the last Assembly elections the BJP had won seven of the 17 seats that vote on Thursday.

The JVM and the JMM had won three each, and the Congress had bagged two.

The Ajsu Party and the CPI (ML) had won one seat each.