A win will put the 19-year-old at par with world No. 1 Deepika Kumari 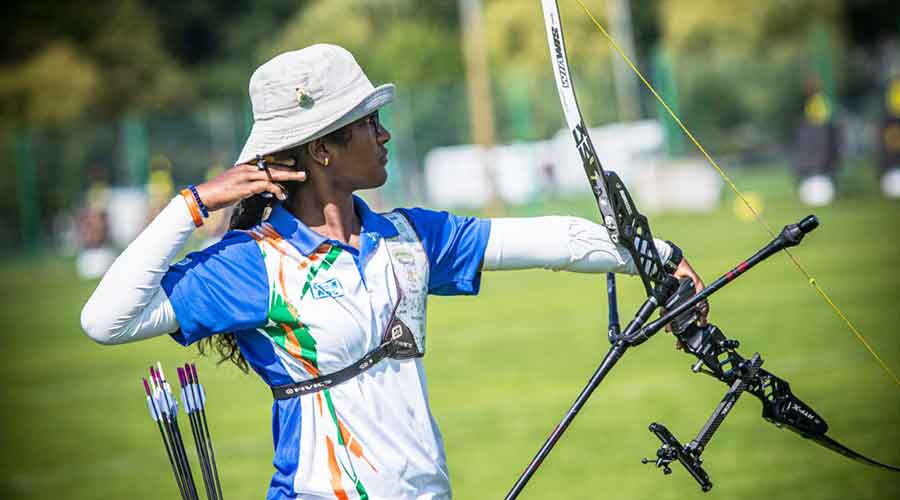 Jharkhand archer Komalika Bari will set her sights on bagging the under-21 recurve gold when she lines up to meet Spain's Elia Canales in the final of the World Youth Archery Championships in Wroclaw, Poland on Sunday.

A win will put the 19-year-old Komalika at par with world number 1 Deepika Kumari as she will become the second recurve archer from India to hold the under-18 and under-21 world titles.

She made it to the final after a come-back semi-final win over new Olympian Casey Kaufhold, 6-4.

Deepika also hails from Jharkhand and presently lives with her husband and archer Atanu Das in Pune. Deepika completed the double in Legnica, Poland a decade ago.

Jamshedpur-based Komalika, a cadet of elite Tata Archery Academy, rose to fame when she won the under-18 individual title at the World Youth Archery and Cadet Championships staged in Madrid, Spain in 2019.

Considering her current form, the bespectacled archer should win the title in Wroclaw. Komalika and Jharkhandmates Deepika and Ankita Bhakat claimed the team gold at the recently concluded World Cup Stage 3 in Paris. An integral part of the women's recurve squad, she also picked up team yellow metal at the World Cup Stage 1 held at Guatemala earlier this year.

Komalika, who is Jamshedpur-based, comes from a typical Indian middle-class household. Her father, Ghanshyam Bari, works as an LIC agent while mother Lakshmi is a homemaker. Earlier, she was a trainee at a cradle run by Indian Steel & Wire Product near Telco township in Jamshedpur. She made it to the Tata cradle in 2016.

"Komalika is a very focussed archer who is least hesitant which are essential qualities in archery. She is a quality archer who is going to take big strides in the sport," Tata cradle coach and Dronacharya awardee Purnima Mahto had said to The Telegraph Online before the Indian team's departure for Poland.

Purnima is the coach of the women's side in Wroclaw.

Archery coaches in Jharkhand feel Komalika is the next Deepika in the making who is surely going to make it to the 2024 Olympic Games in Paris. "Komalika has all the qualities of a top-bracket archer. She is focussed and remains cool while shooting. Moreover, she's a hard working archer. A medal in Poland on Sunday will boost her confidence level. She is the next Deepika from Jharkhand," said B. Sriniwas Rao, chief coach at the government-run archery cradle in Dugni, near Seraikela.