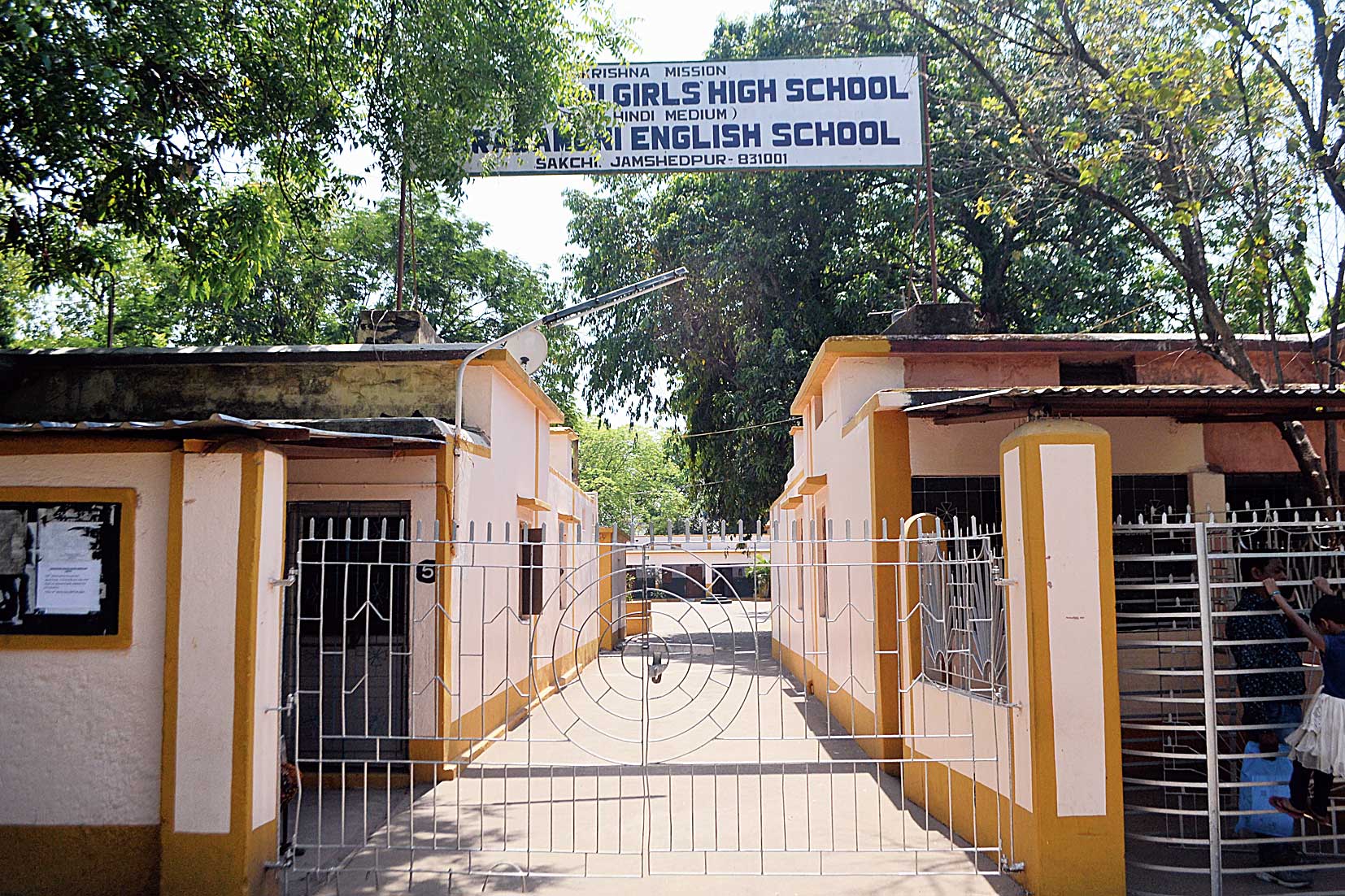 Saradamoni Girls High School in Sakchi, Jamshedpur, on Thursday, where the matric papers will be evaluated.
Picture by Animesh Sengupta
Our Correspondent   |   Jamshedpur   |   Published 28.03.19, 06:59 PM

The evaluation of matric and intermediate exams, conducted by Jharkhand Academic Council (JAC), started with a delay of around three hours on Thursday as the evaluators had to collect mandatory joining letters from their respective district education offices.

Assessors, who had to report by 9:30am at their respective centres, could only reach around 1pm after procuring the letters.

“The evaluation was delayed today because of the disbursal of joining letters. We had received the letters after 9pm on Wednesday. We segregated the letters according to the schools for easy distribution in the morning. Most of us stayed back in office after 11pm. The distribution started around 1pm today. It will be smoother from Friday,” East Singhbhum district education officer Shivendra Kumar said.

Evaluation is being conducted at 69 centres across the state — 36 for matric and 33 for intermediate.

The highest number of evaluation centres are in Ranchi — seven centres for matric and six centres for intermediate.

While Gumla, Giridih, Dhanbad, Bokaro, Palamau and Dumka have got two centres each for evaluation of matric, Hazaribagh has three.

About 10,000 evaluators have been engaged from across the state.

This year, JAC has laid down strict guidelines to ensure error-free assessment. Evaluators aren’t allowed to enter the centre with mobile phones. JAC had also organised a workshop for centre superintendents in Ranchi on Wednesday.

JAC secretary Mahip Singh said they expected the entire evaluation process to be completed by April 15, but the deadline might get extended because of the upcoming election.

“We expect the process to conclude by April 15, but it all depends on team work. Moreover, it is election time and the evaluators might have to join poll duty as well. Therefore, we are prepared for the extension of the deadline.It is too early to decide on the date of the result publication,” Singh said.