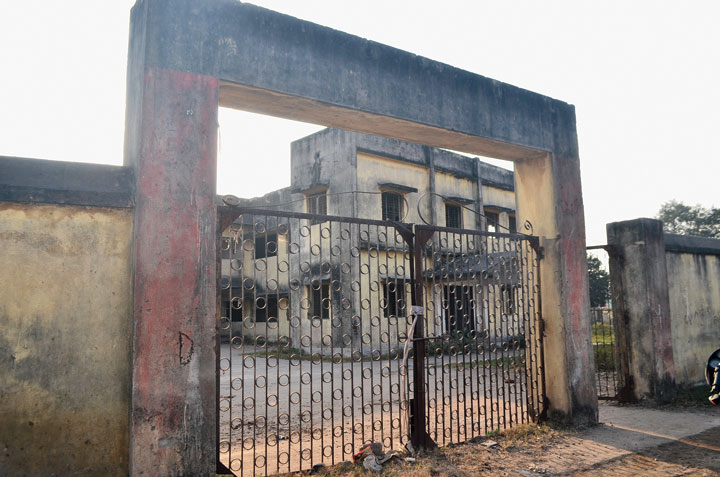 The partially built three-storey community health centre building at Baniahir in Jharia, around 13km from the district headquarters, stands testimony to the blatant waste of public money and sheer apathy towards the development of health infrastructure at a time the people’s representatives are busy making tall claims about all-round development in the state.

The 30-bed health centre, built at a cost of Rs 1.29 crore, comprises four halls, an operation theatre, an ICU and four OPD (outpatient departments). But instead of serving patients, it has turned into a happy den for gamblers and drunkards.

Concerned over their security, local residents had tried to prevent the misuse of the building by sealing the iron gate by spending money from their own pockets more than a dozen times, but it didn’t prove effective in keeping the miscreants out.

They have also written several letters to the police and administration requesting the deputation of security guards, but to no avail.

Prem Bachchan Das, a resident of Baniahir and president of Jharkhand Rickshaw Mazdoor Sangh, said, “Electrical appliances such as tube lights, bulbs, fans, cables, switches, besides the sanitary fittings, 14 overhead tanks of 1,000 litres each and taps were stolen in 2011 when the construction of the building was nearing completion. Now, the tiles fitted in the walls and the bricks are being taken out.”

The building was constructed by the state health and family welfare department through the building division between 2010 and 2011.

A complaint about the theft, which took place on the intervening night of March 20 and 21, was reported by contractor H.K. Singh’s clerk Mantu Singh at Jharia police station, but the stolen items could not be recovered.

The building could not be completed following the increase in additional expense.

The health and family welfare department didn’t take over the possession of the incomplete building, which gradually turned into a safe haven for gamblers and drunkards.

“Hospitals and health centres require a large amount of running water. This apart, the building is barely 200m from Indira Chowk where a land subsidence took place in 2017,” Kumar said.