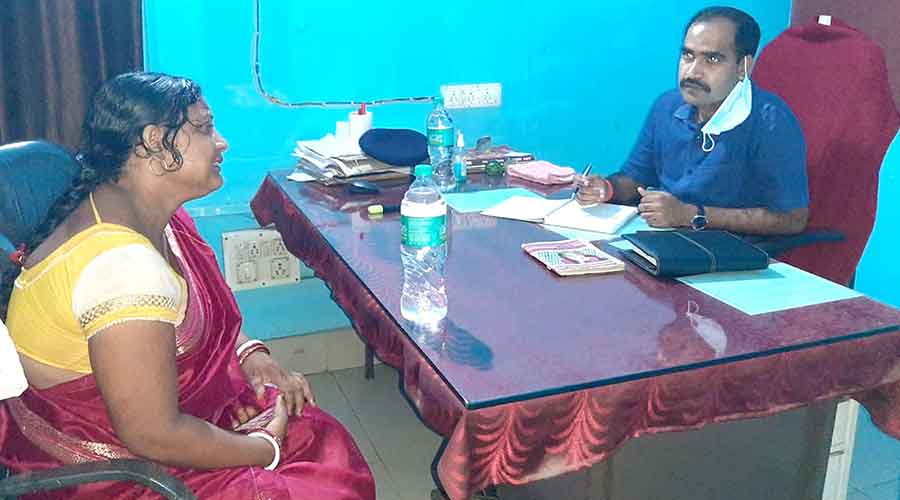 A Jharia based vegetable retailer killed his 20-year-old pregnant daughter for marrying a man from another caste of his locality on Wednesday night.

The accused, Rajkumar Sao, a resident of Barfkal in Jharia took his daughter and wife to Nawatand area of Govindpur police station on the pretext of showing them a newly purchased land where he attacked the daughter from behind and fled.

Sunita Devi, mother of the deceased, lodged an FIR against her husband for killing his daughter.

Police later reached the site and recovered the body of Khusi Kumari alias Khusbu Kumari and collected other evidence and sent the body for post mortem.

Khusi Kumari married Karan Bauri, a petrol pump staff of Saraidhela and a neighbour of Rajkumar Sao at Barf Kal, eight months ago against the wishes of her father by eloping to Bengal.

Sunita Devi, shocked by the incident, first reported the incident to Jharia police but was later sent to Govindpur police station where she narrated the entire story after which  police swung into action, recovered the dead body and launched raids to arrest him.

Sources in the Barfkal locality said that Rajkumar Sao, suffered a setback due to his daughter’s marriage with a youth of another caste of his locality and he tried in vain to convince his daughter to leave Bauri.

Sao, who was nursing a grudge against his elder daughter, arranged and solemnized the marriage of his younger daughter on July 16 with a youth of his caste.

“Nobody knew what was going in his mind although he was in depression after the marriage of his elder daughter,” said a relative of Rajkumar Sao at Jharia.

The DSP of Govindpur, Amar Kumar Pandey, said,“The accused was not happy with the marriage of her daughter with a youth of his locality and prima facie it seems that he killed her as part of a conspiracy on Wednesday night and later fled the site.”

“We have sent the dead body for post-mortem and began raids to arrest him on the basis of a complaint lodged by the deceased's mother,” said Pandey.