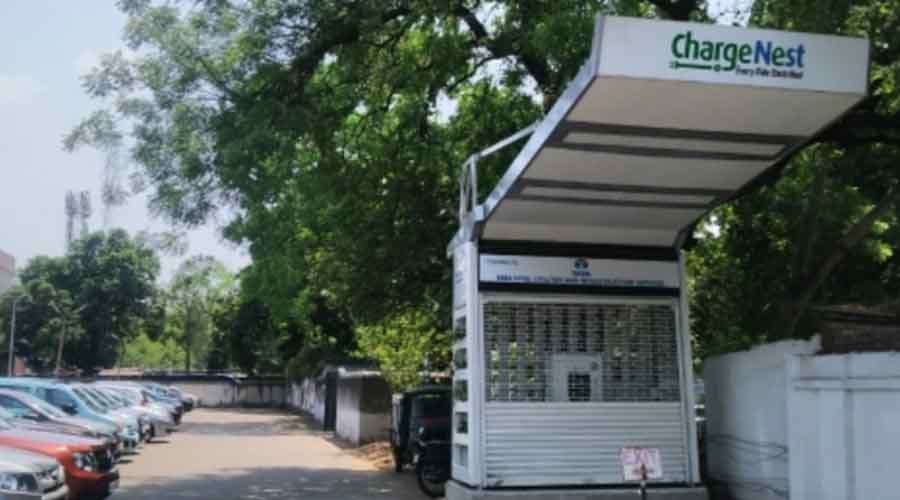 An electric car charging station has been set up by Tata Steel- owned Jusco in Bistupur.

At present, the steel city has around 40 electric cars primarily being charged at the owners’ residence. Tata Motors is the producer of such cars.

Manish Kumar, who looks after the electric car division at ASL Motors, said: "There is an in-built facility in such cars to get them charged at home also. At home, a car can be charged with 220 Volt, the power supplied for domestic consumption, but it will take seven hours for getting a 440 Volt power, the same vehicle can be charged in just one hour."

"It takes five units for the car to get fully charged. The cost of five units is about Rs 45. By getting the vehicle fully charged, I can travel up to 100 km with the air conditioning of the car on. Without AC, the car will cover another 20 km, "said Pawan, a resident of Bhuiyandih, adding that the only demerit of such a car is that one can not go for a long drive at a stretch.