Jamshedpur FC peaking at the right time in ISL 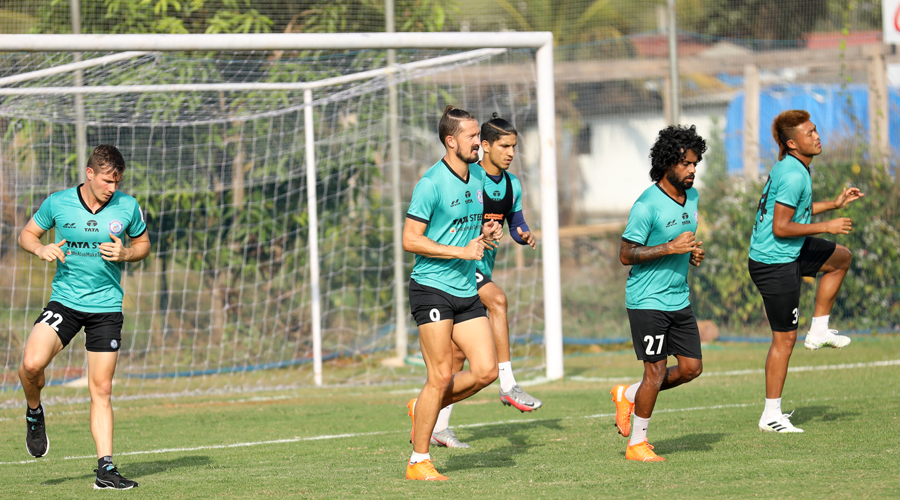 Jamshedpur FC’s current form in the seventh Indian Super League (ISL) can well place them on a strong pedestal as the cash-rich tournament rolls on in Goa.

The likes of goal machine Nerijus Valskis and winger Jackichand Singh in the frontlines and skipper Peter Hartley and Stephen Eze in the backline has given ample hope to the team management that the Men of Steel are showing the right form in the crucial juncture of the lengthy fixture.

But for some bad refereeing, Jamshedpur would have climbed up on the points table.

Jamshedpur will be playing 11 matches in January and February and head coach Owen Coyle, who believes in a spirited display from his boys, seems to be happy that his plans are falling in place.

The conversions by forward Valskis from feeds have done a world of good for JFC. In fact, it was expected that the Lithuanian striker will fire all cylinders.

“The confidence in the team has gone up. Cohesiveness in the unit is also apparent. The players are giving their all to help the team win the tournament. Though it’s a long way to go but I think the boys are peaking at the right time,” said JFC chief executive officer Mukul Choudhari.

According to him, a more tactical style of play inside the penalty area was not possible because of the kind of pressure and excitement, especially in the dying stages of the game.

“I think we have suffered on the tactical front in some earlier matches but players cannot be blamed for that. We are happy with the form of our players and looking at the tournament with a positive frame of mind,” Choudhari added.

He also applauded the performance of goalie T.P. Rehenesh. “He (Rehenesh) is our second goalkeeper but it is difficult to replace him with Pawan Kumar (first choice goalie) unless some untoward incident happens,” he said.

The JFC CEO added it was difficult to conduct the ISL during the pandemic. “But hats off to the organisers for conducting the tournament in a hassle-free manner. The logistics related to the event was being handled very well in Goa,” Choudhari added.