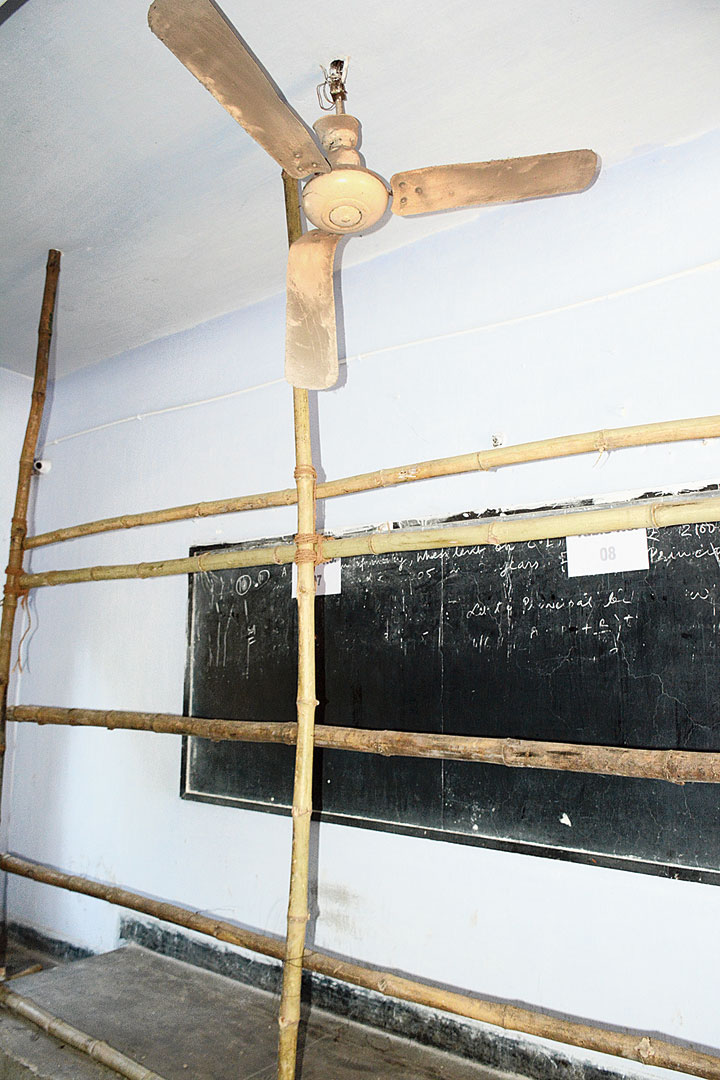 The administration of Jamshedpur Cooperative College will write to East Singhbhum DC Ravi Shankar Shukla to complain about damage to property after the just-concluded Assembly elections where the building had been used as the strongroom for six Assembly seats.

Security forces had occupied the college from November 3 to December 24. Some of their belongings are still left behind, added a faculty member.

Though the college is closed for winter vacations and will reopen on January 3, faculty members have reported their findings to college principal V.K. Singh.

College principal Singh said they would write to the deputy commissioner about the damage. “It’s the same story after every election, as our building is used as a strongroom.”

About 8,000 students of the constituent college under Kolhan University are anxious to begin classes as they could not enter college for two months, a faculty member said.

The college earlier had written to the Prime Minister’s Office (PMO) and to the Election Commission, requesting the building not be made into a strongroom but did not receive any response.