Jamshedpur buses to get GPS gear by March for safety, service

Female students account for nearly 60 per cent of the 50,000 daily passengers, given the affordable fares 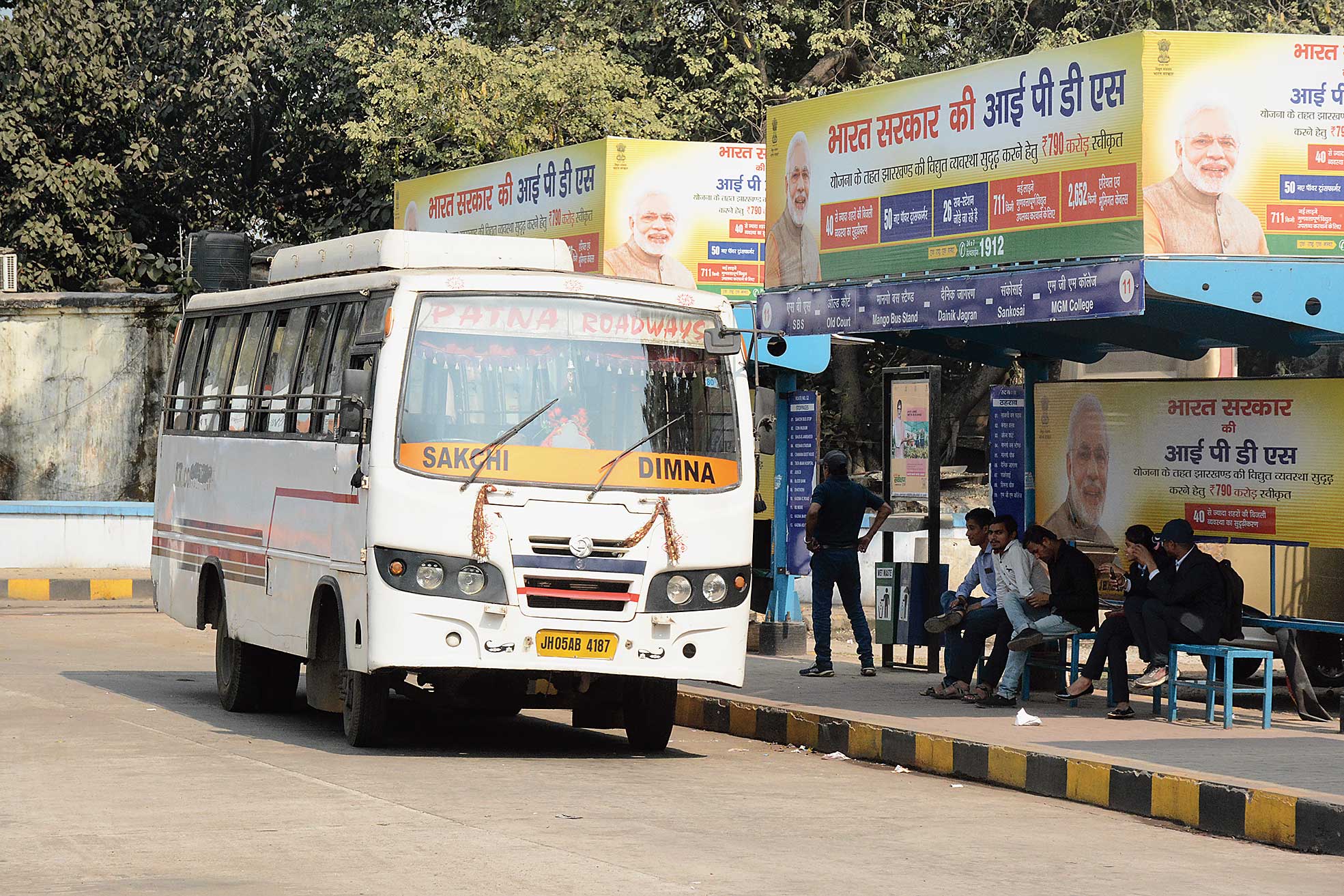 A vehicle-tracking system will bolster passenger safety in private buses operating from the new Sakchi terminus.

Shikshit Berozgar Mini Bus Association, the outfit that co-ordinates operations of 120 town buses on 11 specified routes daily, has installed GPS devices in nearly 50 so far and will cover the rest of the fleet by the first week of March.

“GPS installation began earlier this week. We hope to complete work by the first week of March. These devices will help us get real-time data about routes taken, locations at any given time, speed and duration of halt on a phone app, exclusively designed for operators. This in turn can help curb reckless driving and route deviations. Monitoring buses will make travel safer for passengers, particularly for the fair sex,” said association secretary Dilip Jha.

According to statistics, female students comprise nearly 60 per cent of the 50,000 daily passengers, given the affordable fare between Rs 5 and Rs 20.

“There has been no incident of sexual harassment in our buses involving our staff so far. But, we do not wish to take chances and have installed the hi-tech devices, each of which costs over Rs 8,000,” said Sanjay Kumar Pandey, president of the association.

Pandey added that they planned to integrate the tracker device with an app to help passengers know the schedule of buses. “It will be something similar to app cab services. It will help alert a bus owner and the control room in case of an emergency such as road blockade, traffic bottleneck or, in the worst case, an accident.”

“The new terminus, which opened last year, has been a boon for all. It has separate toilets for men and women, proper seating arrangements and parking bays that clearly indicate routes. GPS devices will improve safety and security. We are now eagerly waiting for an app-based bus service so that we can plan our commute more efficiently,” said Poonam Kaur, a first-year student of The Graduate School College for Women who lives in Golmuri.