After a disappointing start to the season with SC East Bengal, Nigerian striker ready to give all he has got 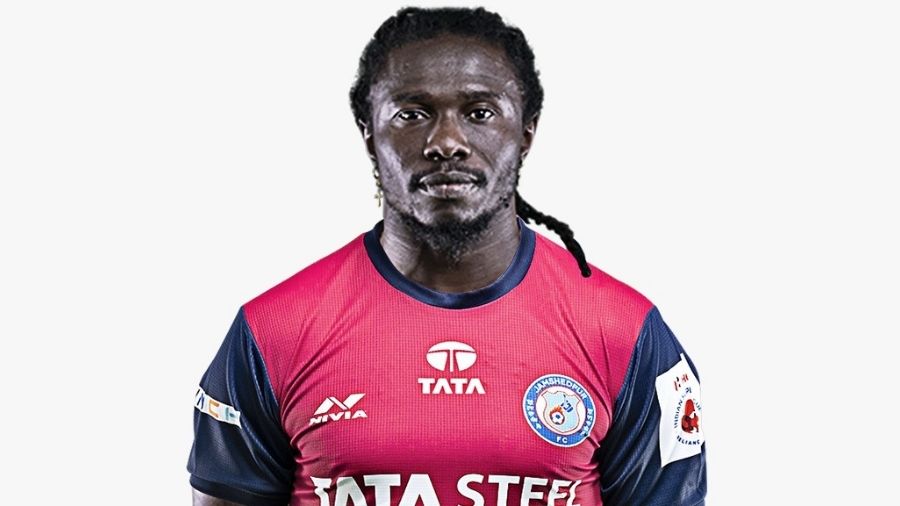 Daniel Chima Chukwu is no stranger to failure. The Nigerian striker, who was signed by SC East Bengal earlier this season, failed to find his rhythm with the Red-&-Gold brigade and managed to score only a couple of goals in 10 appearances, resulting in him being released by the club.

However, Chima was roped in by Jamshedpur FC swiftly and the Nigerian is glad to once again be able to showcase his talent in this season's Hero Indian Super League for a team that is fighting for the top spot.

The 30-year-old forward, who was supposed to join the team post his quarantine completion, will have to wait for some more as some players and support staff have tested positive for Covid-19 resulting in the whole team having gone into isolation.

However, Chima is keen to bond with his new teammates and try to give his best for the club which is placed second on the table with 19 points.

"It feels great signing with Jamshedpur FC. It’s a morale booster because I was feeling a bit low to be honest. When I was feeling like nothing was working, a team from the top position showed interest in my service, so it was very uplifting," Chima said from Goa.

Chima has not had the brightest start for SC East Bengal, a team that has struggled to score throughout the season.

"I took up this challenge to show more of what I can do, I am highly committed to this. I know there was criticism and I respect everyone’s opinion. I also wanted my family to know that I haven’t let the criticism affect me," Chima said.

On his aims with Jamshedpur FC, the forward said the plan is to work hard and contribute towards the team goal. "I can meet the set targets for the season. We are very close to attaining our objectives and I want to contribute everything I have in me to take the club past the finishing line."

Talking about the qualities that make for a good striker, Chima said for him a good striker is not someone who just scores goals. "The player has to be a team player, has to be able to deal with pressure, has to be trusted by teammates and coaching staff, contribute to the team's success by working hard and assisting others when he’s yet to score."

Chima has been a regular starter for Norweigian club Molde FK, a team that was then managed by former Manchester United manager Ole Gunnar Solksjaer and the Nigerian certainly has some fond memories from the time. "Molde is home to me now and working under Ole Gunnar is a moment I will forever share with my kids and grandkids. It was such an amazing moment with so many good memories. He really took me in and helped me deliver what he wanted from me as a striker."

"I’m so glad to have joined Jamshedpur FC. I’m grateful and thankful for all the good wishes from the fans, I read all the kind comments on social media. I will work hard to bring more glory and smiles to the team and supporters," Chima signed off.